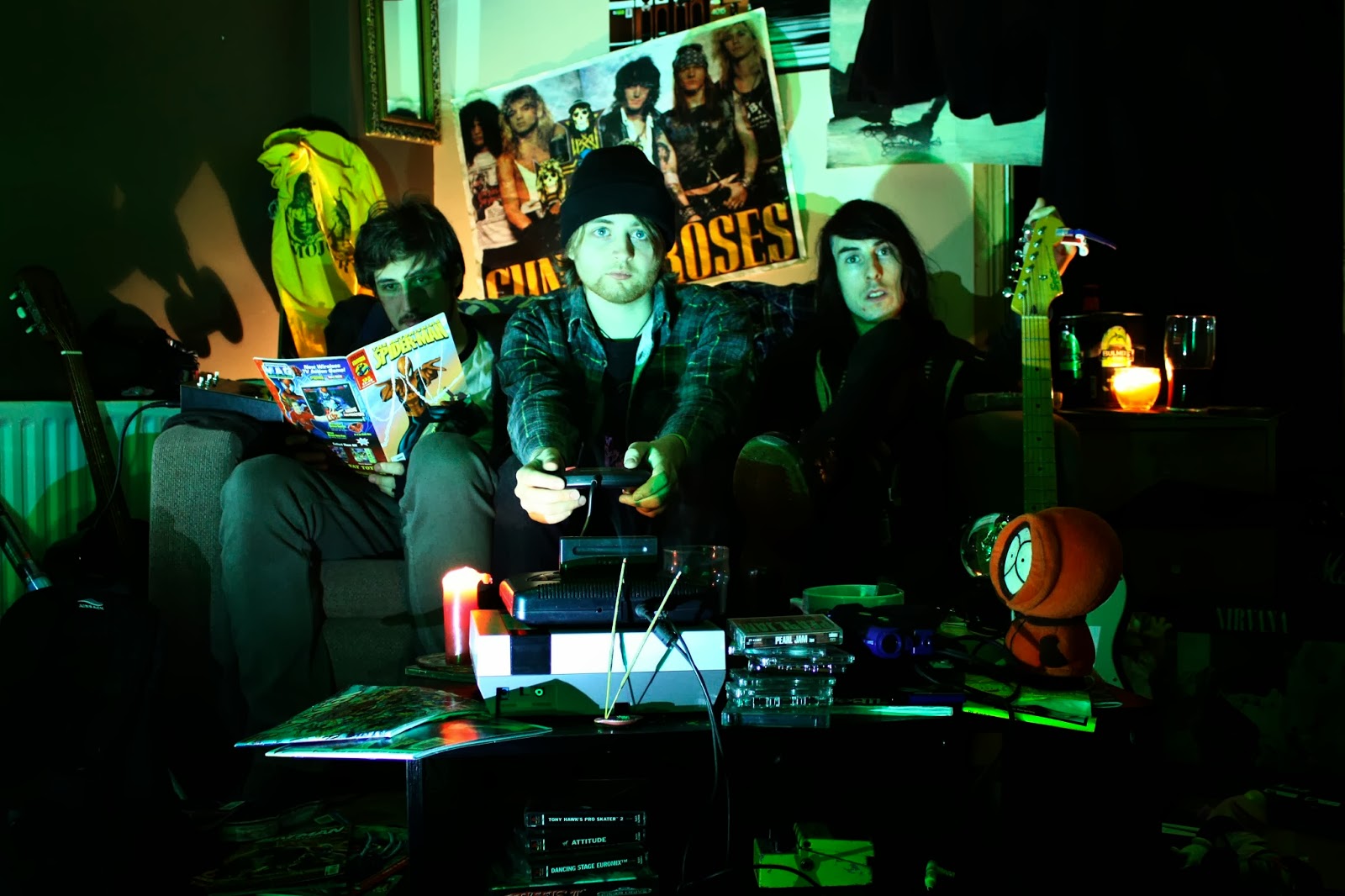 Point of clarification - the artist in question is called Abandcalledboy, and the name of the song is called "Cliff Richard".

Northern Irish hard rock trio Abandcalledboy have released the first song from their upcoming self-titled E.P, which is due out sometime in April. So far, so normal. But what if I was to tell you that the song was a surprisingly affectionate "tribute" to the Peter Pan of Pop himself, "Cliff Richard", and that the music video features the members of the band taking on his look from three of his distinctive eras (presumably 50s, 70s, and tennis enthusiast Cliff)? Now you're talking.

It's a great little video, and darkly humourous song from the boys, and with so many heavy rock bands currently plying their trade locally, it's good that they're making real efforts to stand out from the crowd, for better or for worse.

Posted by Christopher McBride at 18:45