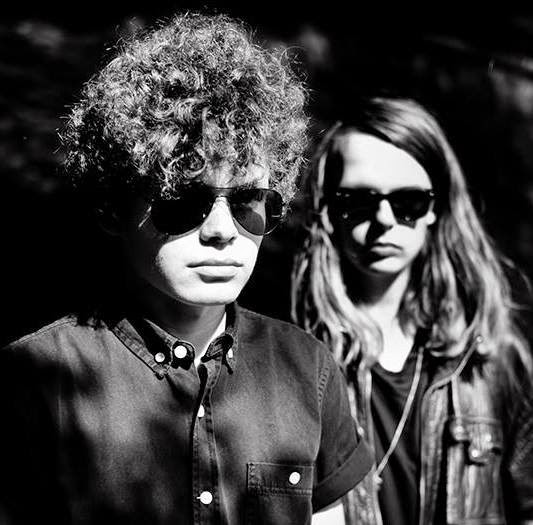 With Royal Blood on the verge of a massive debut album, it was only a matter of time before people started putting their hopes behind other heavy rock duos. So it's no surprise to see a certain amount of hype building up around Southampton based duo Dolomite Minor recently. They played The Great Escape, Glastonbury and Reading & Leeds Festival in the past few months, and have started to pick up a bit of airplay for their latest single, "Talk Like An Aztec".

"Talk Like An Aztec" is a mighty fine noisy behemoth of a song indeed, much noisier than one might expect to come from just two guys. It's got a heavy, riff orientated sound that calls to mind bits of Queens Of The Stone Age, Marilyn Manson and Lafaro, with a little bit of their own personality thrown in for good measure. So will they be following the same path as Royal Blood before them? It wouldn't surprise me one iota.

"Talk Like An Aztec" will be released on 7" vinyl on 22nd September.

Posted by Christopher McBride at 14:56