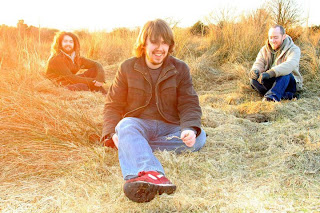 Following the successful release of their last music video at the end of last year, Belfast based heavy rock trio Window Seats have released the video for their new single, "Juliette's Letter." Directed by the band themselves, the video sees the members of the band being delivered a package by a leather-clad cyclist, which leads to unfortunate consequences.

"Juliette's Letter" is taken from the band's "Frozen Bones" E.P, which is out now.

Posted by Christopher McBride at 14:32