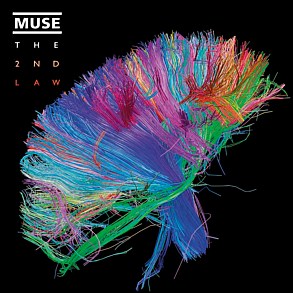 
So much has been said about Muse's sixth studio album already that it's very hard to talk about it without retreading pre-existing arguments, so I apologize in advance if you've heard this all before. "The 2nd Law" is Muse's most eclectic album to date. And somewhat counter-intuitively, it is also Muse's most consistent album to date, even more so than "Black Holes & Revelations" (which in hindsight sounds a bit dated).

Whilst there are all the hallmarks of the 'classic' Muse sound, including lead single "Survival", and "Explorers", a song that sounds like it's on the verge of bursting into "Don't Stop Me Now" by Queen at any moment, it does explore new territory for the band. This includes Faith No More-esque funk metal ("Panic Station"), James Bond theme tunes ("Supremacy"), and even their fabled descent into dubstep-rock ("Madness", "Follow Me" & the two part closer "The 2nd Law"). It also features the first writing/singing credits for bassist Christopher Wolstenholme. "Save Me" is a passable attempt at a rock ballad, whilst "Liquid State" sounds like a rockier version of Pendulum, complete with Auto-tuned vocals.

"The 2nd Law" will not be to the tastes of those who prefer their music subtle and understated, but for those who aren't afraid of the overblown, Muse's latest will be right up your street. 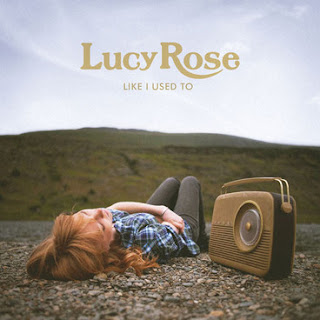 I absolutely adore Lucy Rose, and her debut album "Like I Used To", is a wonderful artifact of beauty, yet for some reason I always find it rather difficult to perfectly describe what her music sounds like. So I will try to describe it by way of analogy.

Listening to Lucy Rose is like having two comfort blankets being beamed directly into your ears. When she opens her mouth, it is as if the only person in the world she thinks is important is yourself, even if she's singing about something as pedestrian as going for a bike ride. There's a gentle fragility in her voice, which comes across in songs like "Lines" and "Middle of the Bed", which only serves to make her even more endearing. 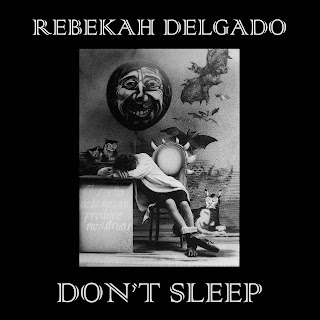 (Four In The Morning)


If you're one of those people who like their pop music to be rather doom-laden, then the debut album by London songstress Rebekah Delgado might be just up your street. Her debut album, "Don't Sleep", was inspired by her chronic insomnia, and therefore its no surprise that the album seems to inhabit that strange realm between the awake and the asleep.

Songs such as "Little Boy Blue" and the title track make it clear why she has been dubbed "the female Nick Cave" by some critics, with her striking vocals and gothic production style dominating each track. "The Hunger That Never Sleeps", meanwhile, recalls The Velvet Underground at their most experimental.

That's not to say that there aren't a few lighter moments on the record. The lead single from the album, "Ménage a Moi", which is a cheeky little ode about loving yourself, whilst "Sing Your Through The Storm" is a tender piano ballad, complete with a choir that could surely become in instant top 10 hit if Adele were to release it as her next single.

"Don't Sleep" is a confident debut album from an artist who is content to make music on her own, brooding terms.

Highlights: Little Boy Blue, Ménage a Moi, Sing You Through The Storm. 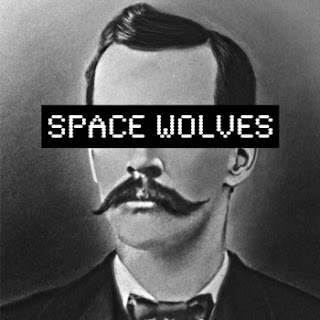 And finishing off this round-up is a quirky little album from Buffalo band Space Wolves, which is available as a free download. Running at less that 20 minutes across its 13 tracks, its an incredibly brief album, albeit one that's full of wonderfully fun, lo-fi garage rock. The album combines Space Wolves' obsession with humanity's three great loves - love, food and parenthesizes. Think Guided By Voices with a pizza fetish and you're nearly there.

Highlights: Here's Pizza (Do You Love Me Too), Pizza Ice Cream (Is My Dream), I Saw You (With Your Boyfriend).

Posted by Christopher McBride at 16:16