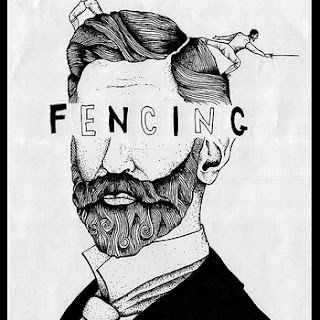 According to their official biography, the 4 members of Derby based Fencing came together following a mutual love of early 90s emo. I didn't even realise that emo music even existed back then, but based on the music of Fencing, it must have been a whole lot better than the faddish genre much beloved by angsty teens in the mid 00s. Their track "5 Year Itch", is a wonderful, live-geared track which incorporates elements of shifty-pop and post-punk in their emotive-rock styling.

"The Five Year Itch" is taken from the group's self-titled E.P, which is available on a 'pay what you like' basis.

Posted by Christopher McBride at 16:48