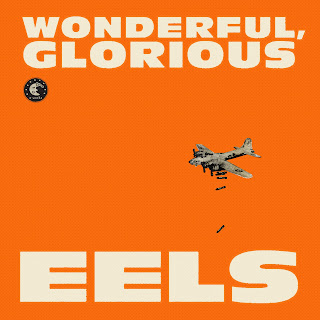 After almost three years, Eels are back. Mark Oliver Everett (aka E) and his motley crew are gearing up to release their tenth studio album, "Wonderful, Glorious", on February 4th 2013. To whet fans' appetites until its release, the group have uploaded the first 'buzz' track from the album, "Peach Blossom", which is currently only available for those who pre-order the album on iTunes. (The first official single from the album , "New Alphabet", follows next month).

The song is a welcome return for the group, given as it seems to exist somewhere in the sound between two of their better albums, "Souljacker" and "Hombre Lobo", given its love for both the beautful and the harsh at the same time. It also seems to have taken inspiration from, of all things, "Scooby Snacks" by Fun Lovin' Criminals.