After looking at artists from Northern Ireland that are worth looking out for in 2013, it is time for The Metaphorical Boat to cast its net further afield to see which artists from the rest of the world are worth keeping an eye on next year.

It's safe to say that J. Willgoose Esq., aided and abetted by his companion Wriggleworth, have had a wonderful year recording as Public Service Broadcasting. Having started the year with a low profile and a name which made them incredibly difficult to search for on Google, they ended it with a sold-out tour of the UK.

The public have been won over with their combination of old public information films and forward thinking electro-rock production. Whether it's tackling the dawn of coloured television on "Roygbiv", the pinnacle of human achievement on "Everest", or the truths of World War II on their E.P "The War Room" (which has sold over 10,000 copies to date), Public Service Broadcasting have set out their stall as one of the most consistently original musical concepts. With their first album scheduled for May, there will surely be countless people who will be educated and entertained by the group.

Manchester based quartet The 1975 have been around for some time now under different guises, first coming to people's attention under the names Drive Like I Do and B I G S L E E P. Since adopting their current guise, they have built up a considerable buzz through two well-received E.Ps, "The City" in July and "Sex" this month. Their heavy Britpop influenced styling and their lovely, deep drums have slowly won me over to their side. Having already received major support from Radio 1, and with their debut album scheduled for next year, things do look like they'll go The 1975's way, backlash aside. Bristol based Seasfire have won over the hearts of many bloggers with their forward-thinking approach to rock music.Their self-titled E.P, including the wonderful "Heartbeat", got under our skin, whilst their upcoming E.P, "We Will Wake", seems to take on a more pop orientated sound. Given their seemingly endless spells at the top of The Hype Machine's chart, I imagine that 2013 will see the beginning of Seasfire's journey into the mainstream consciousness. 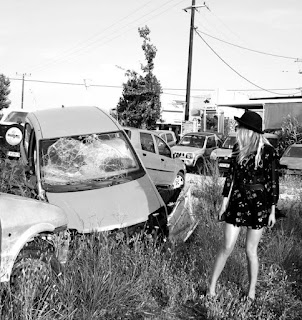 Born in Sweden but currently based in London, Ottilia first came to my attention through her self-posted quirky pop numbers at the end of last year. Since then, she has hooked up with producer Ed Harcourt, and altered her style into a timeless, Lana Del Rey-esque chanteuse. It's somewhat different from the artist I originally fell in love with just under a year ago, but with strong songs like "The Sonic" and "Heartless" in her arsenal, it's hard for me to complain.

With a tour supporting Willy Mason upcoming, and a debut album on the horizon, 2013 should be a positive year for Miss Kjulsten. 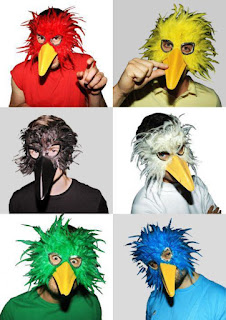 And I conclude this year's tips with something of an oddball offering. North-east avian supergroup B>E>A>K probably won't go on to worldwide mega-stardom in 2013, but at the very least, they will have copious amounts of fun next year. Their instrumental 'bird-rock' has gone down a tweet with me, and with a devoted live local following, and an upcoming release, "The Blue Edition", due to hatch in January, 2013 will most definitely not be a fowl year for the sextet.

Posted by Christopher McBride at 00:01