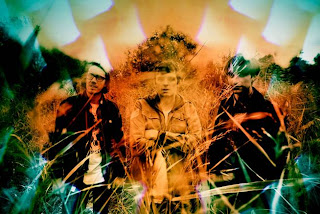 Last year, Mazes made the blog's list of Top 10 songs of 2011 with "Most Days", a short, snappy burst of youthful punk energy. With their sophomore album due to be released early next year, the trio have made the first track from the record available as a free download. "Bodies" feels like the antithesis of "Most Days", given its long length (almost 7 minutes), and its relaxed tone. There's something of a Vampire Weekend feel to Jack Cooper's vocals on this song, which acts as an exercise in how to make a song both repetitive, yet somewhat engaging at the same time.

"Bodies" is taken from the group's 2nd album, "Ores & Minerals", which will be released on February 18th.


Photograph is © Owen Richards
Posted by Christopher McBride at 14:51