MUST - The Devil Lives 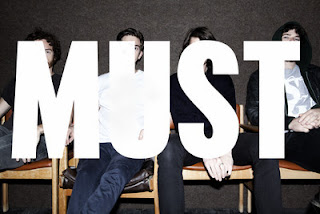 After carrying out some extensive research (read: messed about a bit on their Facebook page), here is what I have learned about the group MUST -

1. They are a four piece group currently based in London.

2. They have only been around for a short space of time, having formed during the summer.

3. They share the same management company as The Wombats.

4. Their first gig in London was in support of Hooded Fang.

5. They have been getting quite a bit of love recently, being named one of the top bands of the year by Bella Union owner Simon Raymond, and been picked up on by, amongst others, The Fly and NME.

6. Their most recent track, "The Devil Lives", which is available as a free download, sounds like a cross between Britpop and Bruce Springsteen, which is a rather nifty combination.

Give them a try. Make sure that my "research" has not been in vain.