The Death of Pop - Mirage 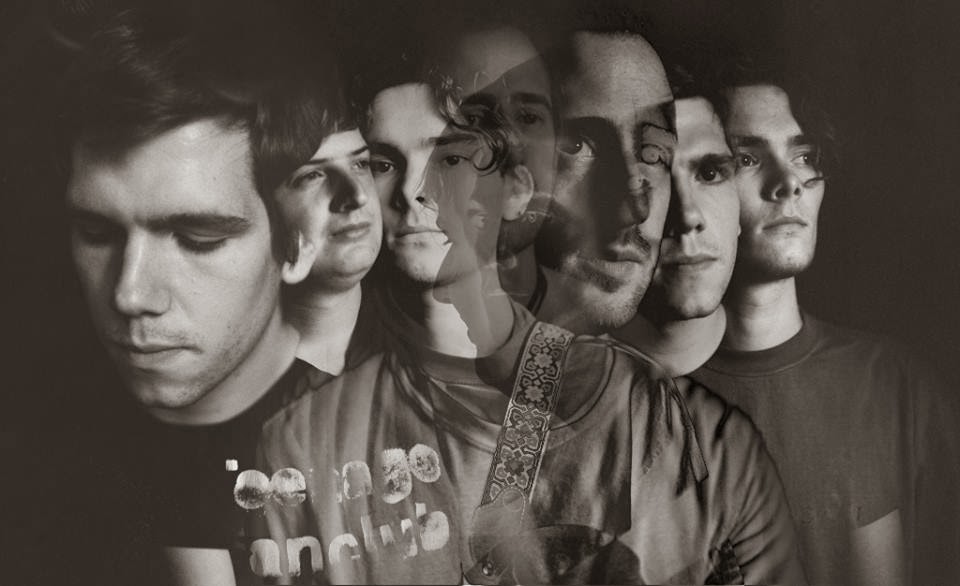 Last month, this blog introduced Bournemouth jangle-gaze band The Death of Pop with their spectacular single, "Whenever". So taken was I with the song and the band that I instantly purchased the accompanying E.P, "Fifths", which wasn't due to be released for a few weeks yet. Well, yesterday the E.P arrived, which came in the form of a download code, a fanzine which features the lyrics and chord sequences of every song on the E.P (the former being very useful for music like this, where the vocals are usually buried 20 feet in the mix), and a physical copy of one of the E.P's tracks, "Mirage", in a very special format - 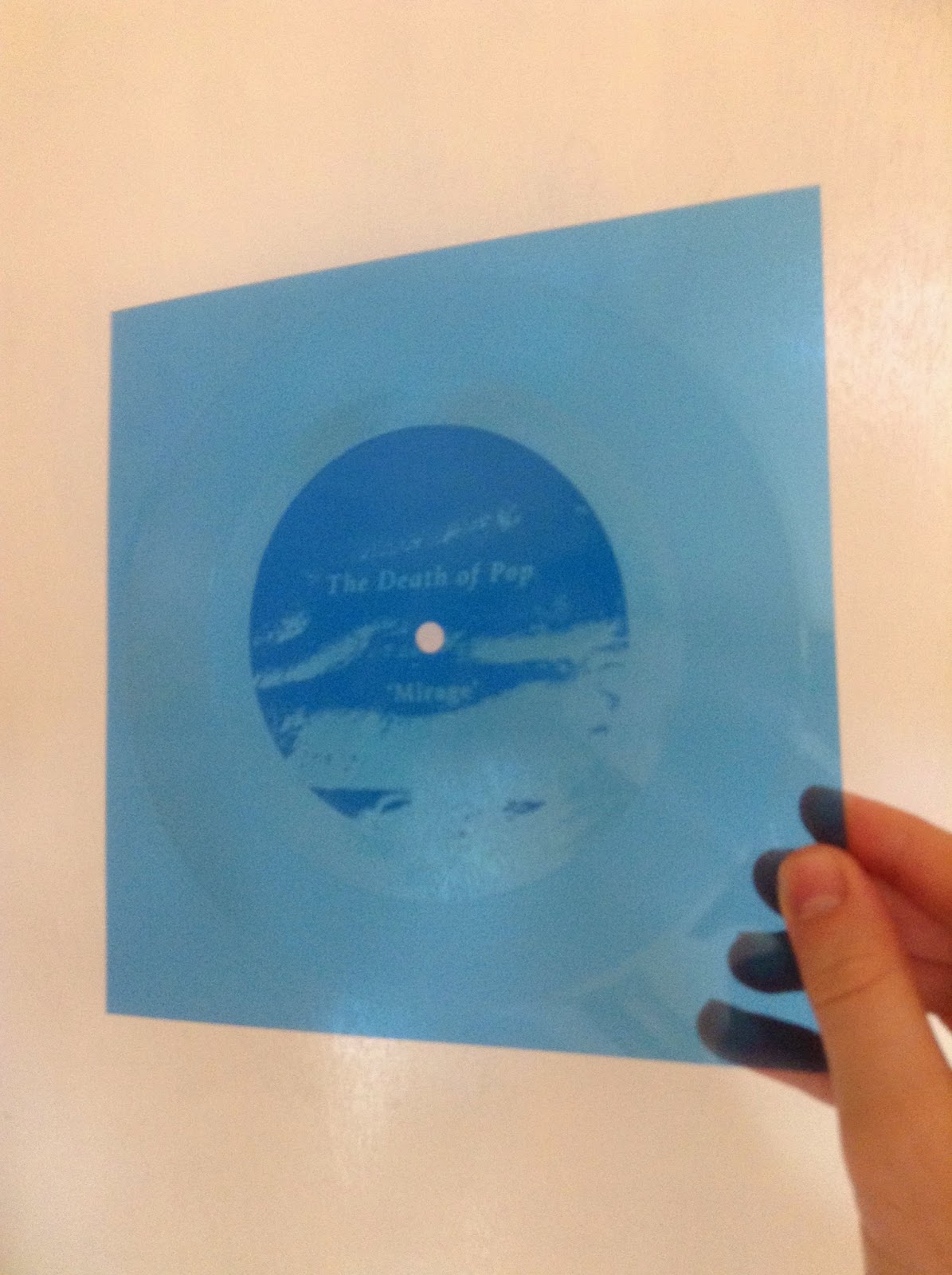 For the uninitiated, that's a Flexidisc, which is about the thickness of a piece of paper, with grooves that allows it to be played on a record player. The format was popular up until the 80s, as its size allowed it to be easily included as a giveaway in music magazines, before it fell out of favour as CDs, and later MP3s, took over. However, in recent years the format has started to reappear alongside the revival of vinyl, for reasons of not just nostalgia and novelty, but also economy (it is about three times cheaper to print a Flexidisc single than a comparable 7", "solid" vinyl). The one drawback of the format is that due to its slightly flimsy nature, the sound doesn't usually come out right, with a tendency to skip uncontrollably.

So, how does the Flexidisc of "Mirage" fare? There's only one way to find out -

The good news is that the song managed to make it all the way to the end without skipping once. The even better news was that the sound quality was comparable with a standard, "solid" vinyl, with only a slightly more noticeable crackling sound.. If I hadn't bought the thing myself, I would never have known the difference.

And the best news? The song on the Flexidisc by The Death of Pop, "Mirage", is a ruddy fine song indeed, very much reminiscent of the best shoegaze-y tunes that Ride ever recorded. You can listen to the song digitally below, but if you are able to, I very much recommend tracking down a copy that you can play on a record player, as the warmth and depth of the song is much better than in the stream. It's available to buy now from Art Is Hard Records, but given that it's a limited edition of 250, if you want to get it, you'd better be quick.

So, is Flexidisc the format of the future? It does have its limitations - music can only be pressed on one side of the disc, and although "Mirage" has held up well, other singles I've used on the format have been rather temperamental. Also, the use of the format could be seen as a gimmick which can detract from what should be the most important aspect - the music itself.

However, it's a light and easy transportable product, and it is more affordable nature over "solid" 7" singles would make it handy for an artist on a budget to get their music onto record. Even so, we're probably not going to get an onslaught on artists releasing on the format in the foreseeable future, although if that did happen, I for one would not complain.
Posted by Christopher McBride at 20:00