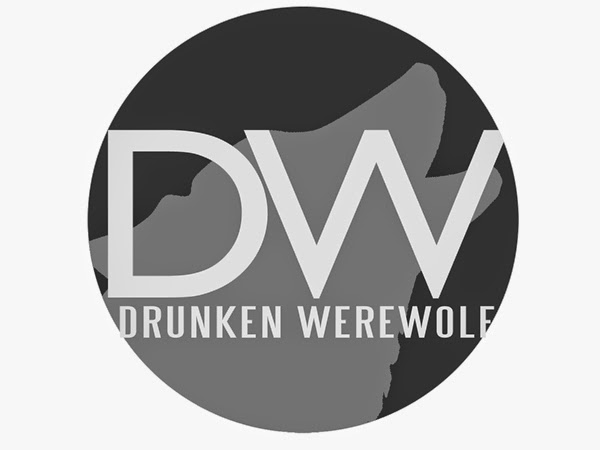 This month is the turn of Drunken Werewolf. Edited by Tiffany Daniels, the blog has been running since 2005, during which time it has expanded from a one-person LiveJournal site into the sleek, multi-person, multi-faceted, respected website it has become today. It has also expanded beyond the website, with the monthly publication of a free digital magazine that offers a Bristol-centric outlook on music (although that doesn't mean that you have to be from Bristol to enjoy it - it's a cracking read, whether you're from Belfast, Baltimore or even Brittany).

With such a wide range of music being featured on the website, it's quite a task to highlight just five great discoveries from it, but in the end, these are the five which we've gone for -

Drunken Werewolf - It's...like if Kele from Bloc Party decided to go chill-wave, and really nailed it.

TMB - If you can get over the fact that their vocalist really does sound like Kele from Bloc Party, then you will fall instantly in love with these Londoners. "Five Lanes of Traffic" is such a lazy, hazy, dreamy, chilled out wonder of a track. It's surprising that they haven't maxed out the bandwidth of every blog in the country yet.

TMB - The band is a side project between members of Mazes and Veronica Falls, yet doesn't seem to sound much like either of them. It's a little bit like the Beach Boys without the overwhelming vocal harmonies.

COMPNY - Begging Me To Come Back

Drunken Werewolf - It's a song whose mournful vocals are at odds with fun music, and let's be honest, all the best songs are like that.

TMB - I don't know why the people behind COMPNY are choosing to remain anonymous. If I wrote a song s great as "Begging Me To Come Back", I would be shouting about it from the rooftops. A fantastic little moody pop number.

Drunken Werewolf - Melbourne’s Mikael Caterer had just the right idea when he formed his new venture Shorts. Not simply about showing some skin, Caterer ensures that what he exposes has a decent bit of colour behind it.

TMB - "Berlin 1971" is almost everything you'd ever want in an dream-pop song - sumptuous harmonies, jangling guitars, and sounding like it could have conceivably been recorded in a tin can. Lovely, lovely stuff.

Drunken Werewolf - Danish band STÅL do little to prepare their audience for the humongous onslaught of pop charge they omit from their two pairs of hands.

TMB - "Keep Moving" is a funky little number, a great reminder that there's much, much more to Danish pop than Aqua.

Posted by Christopher McBride at 19:36