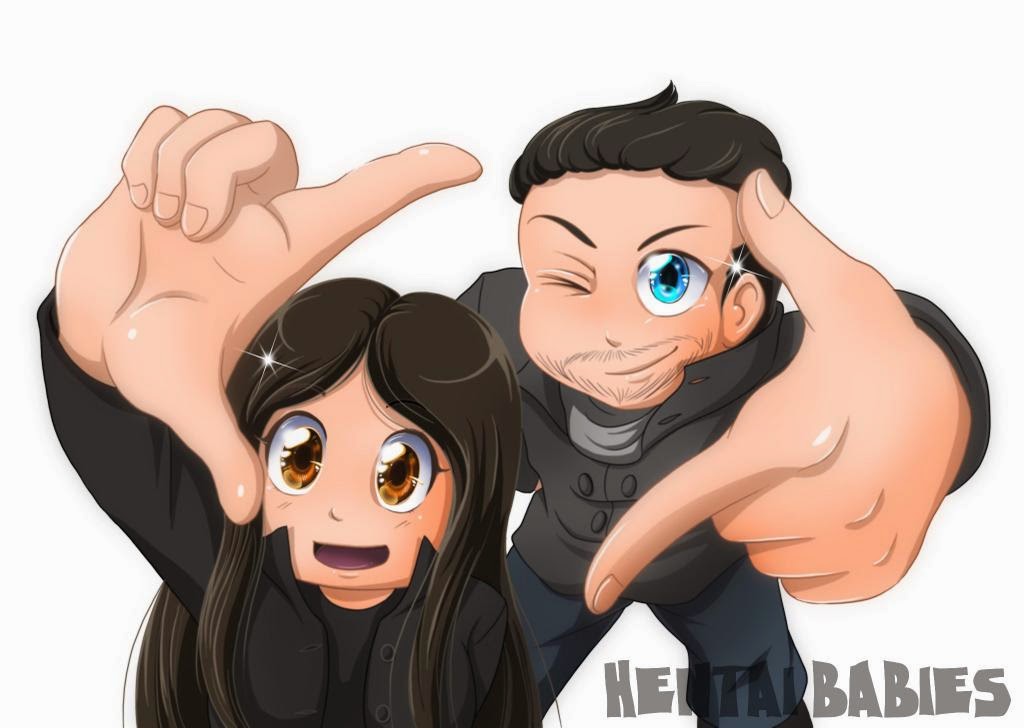 It's hard to believe that it's been a year since this blog wrote about Isle of Wight based duo Hentai Babies, they of 27th best song of 2013, "One Potato Two", fame. Not that they've been quiet, mind, having released a slew of singles in the intervening 12 months and playing at Blissfields earlier this month. What prompted them to our attention again however is the band's latest artwork, which you can see above. Depicting the band in drawn in a chibi manga style (or super-deformed as it's sometimes referred to), it is several different types of wonderful. If they ever got it printed on a t-shirt, one would be very tempted to make a purchase.

They've been busy writing and recording a lot of new material recently, and to accompany their wonderful artwork, here's two of their best new songs. "Day One Daydream" is a punky little number that drives straight to the point, whilst "Pop Is My Prozac" is a poppier 90s alt-rock inspired tune, dominated by a discordant yet rather great guitar riff.

They surely must have enough material gathered by now to get an album on the go, and based on the singles they've released to date, it is bound to be a solid release. I'm guessing that they've already got their album cover sorted...

"Day One Daydream" and "Pop Is My Prozac" are available to download for free.

Email ThisBlogThis!Share to TwitterShare to FacebookShare to Pinterest
Labels: alt-rock, Isle of Wight