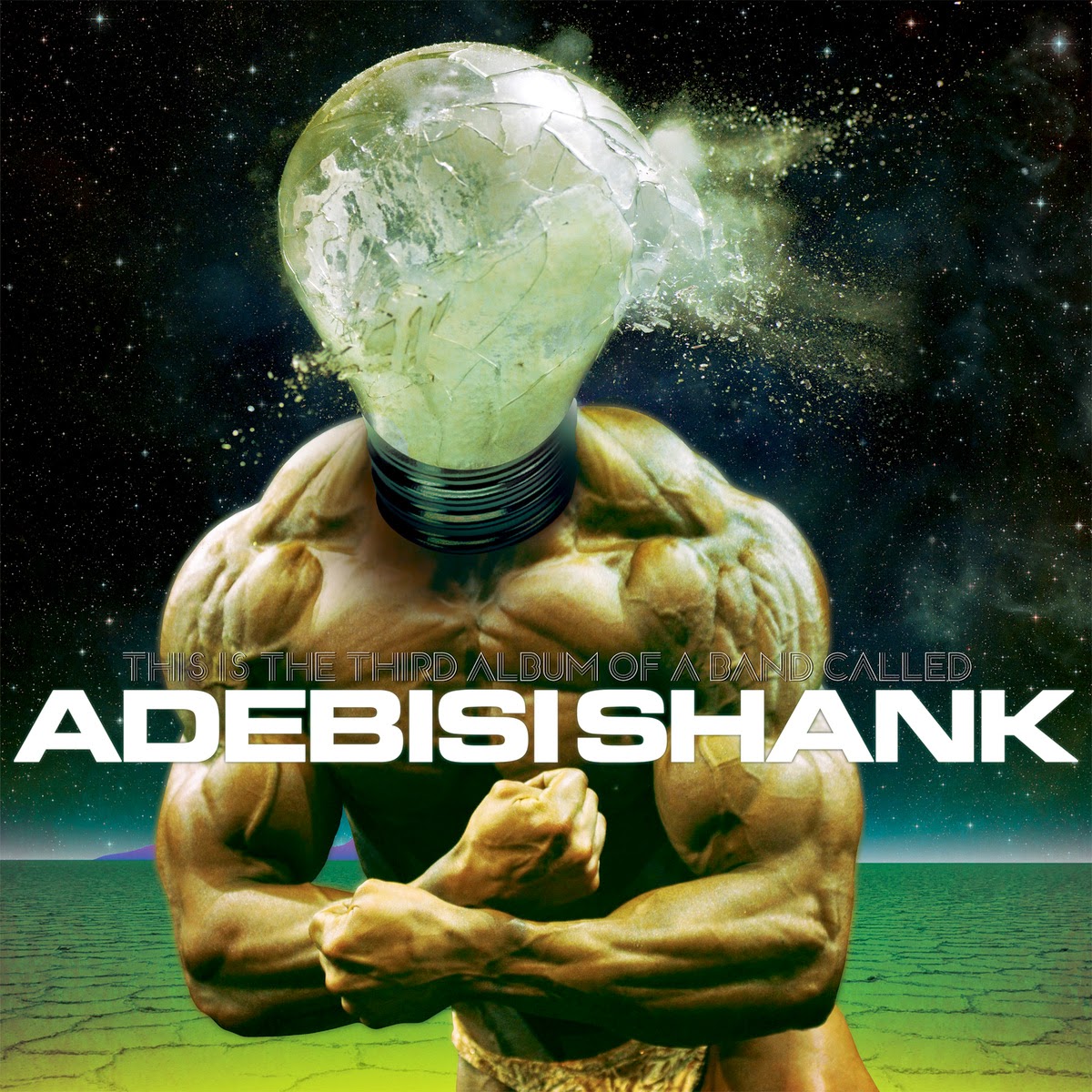 It feels a bit redundant taking the time to write about the following song, given that the above cover image tells you exactly what it's sounds like, without you needing to read a single word. But that doesn't mean I'm not going to try.

To date, Wexford instrumental trio Adebisi Shank have two well respected albums to their name. With a third just around the corner, they have released the first single to be culled from it, the triumphant sounding "Big Unit", which is as epic as epic can get. How epic is epic? It is as epic as beating Mount Etna in a Queensbury Rules boxing bout. It is as epic as swimming to the bottom of Challenger Deep with just a snorkel, then having a picnic when you get there. It is as epic as riding a Great White Shark on the planet Neptune, having already trained said shark to hum the theme tune for Knight Rider. That is to say, it's a ruddy epic song indeed.

"Big Unit" is taken from the album "This is the Third Album of a band Called Adebisi Shank", which is released on August 12th.