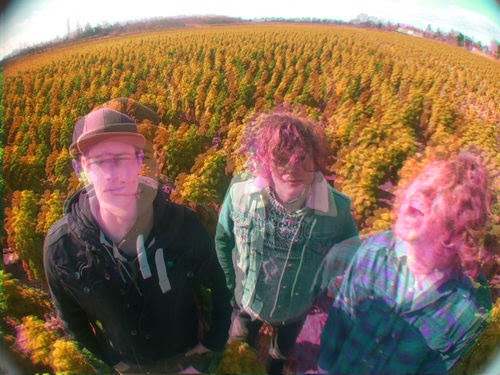 It's lovely to know that three years since The Metaphorical Boat first set sail, we are still happening upon previously uncharted waters. Today for example is the first time that a band from Maidenhead has featured on our pages. Whether that says something about our ignorance of the Berkshire music scene, or something about the amount music that can be found there we will leave up to your imagination. But for sure, the band in question, Poor Michael, are worth the wait.

The trio have played support to bands such as Girl Band and Skaters in the past, although are probably closer in sound to the former if their track "Invisible Man" is anything to go by, but only just. The track is dominated by a dark and sinister psychedelic guitar riff, yet the song still finds time for a quick excursions into noise-rock halfway through before returning to familiar territory. If Poor Michael can continue cranking out tunes like this, then a return visit to Maidenhead might be a bit sooner than three years.

Posted by Christopher McBride at 20:28