In An Instant - Light You Know And Love E.P 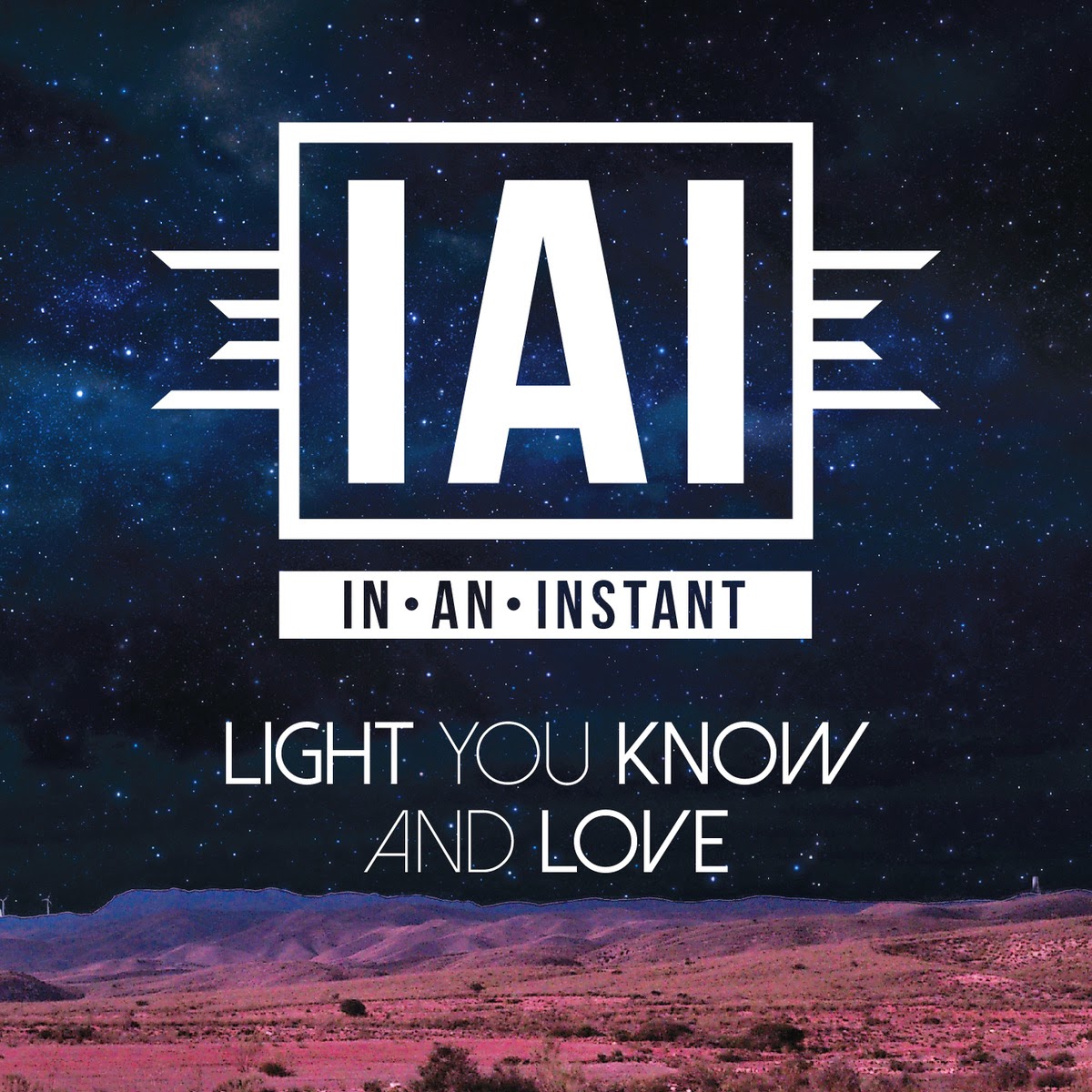 It's been a long time coming, but on Thursday 29th May, almost a year after their initial demos got so many people excited, and after 7 months in the making, Bangor four-piece In An Instant finally released their debut E.P, "Light You Know And Love", to an appreciative crowd at Voodoo in Belfast. (Incidentally, top marks to the band for selling their band t-shirts at the gig for a bargain price of £5. You wouldn't even get a plain t-shirt in Primark for that amount of money.)  So, has it been worth the wait?

The answer is a resounding yes. The E.P kicks off with "Lovers Apart", a song which showcase the band's ability to mix both rock and electronic elements in such a seamless fashion. The song, with its anthemic chorus and ascending guitar lines, calls to mind the sound of bands like The Killers, and dare I say it, Snow Patrol. Next up is "The Mighty Hands", a re-recorded version of one of their earlier demos, which is a dance-friendly indie rock track which lends itself well to being played live, with its well executed use of the humble 'woah'.

The strongest track on the E.P is "Something Right And Something Real". As we've mentioned before, the song contains great big guitar hook, an exquisite use of electronic instruments to bolster, but not overwhelm, their sound, a massive chorus and an irresistible, danceable rhythm. It's early days yet, but at the moments it's a frontrunner for this blog's favourite song of 2014. The tempo goes down considerably for "Boundaries", a song which pulls of the oxymoronic trick of on the one hand being subdued, whilst simultaneously sounding loud, impassioned and anthemic. It's the one song on the E.P that's the least typical of the sound of In An Instant, yet is still a rather great song.

E.P finishes with a re-recorded version of "All Binds Fall Undone", the song that made this blog fall for In An Instant in the first place. It took a few listens to warm to this version, as they've made a few changes from the initial demo, with a heavier emphasis on guitar and a different treatment of the vocals. However, it's safe to say that on reflection, the new version is still a quality track, one which is more in line with the sound of the E.P, and a fitting conclusion to the E.P.

At the E.P launch of "Something Right And Something Real", I heard a few members of the crowd making some grand statements both about the band's performance at the gig (for the record, they were pretty awesome), and about what they were likely to achieve - one person called it the most important event in Northern Irish music since the A Little Solidarity gigs back in 2008, whilst another person commented that watching In An Instant perform in this place, at this time, was like witnessing a little bit of history. Whether these statements just amount to hyperbole, or whether this really is the start of a new movement in music here, remains to be seem. What we can say with certainty however is that the"Something Right and Something Real" is a brilliant starting point for what has to be the meteoric journey of In An Instant.

The E.P is available to buy now.