The Great Escape - Thursday 9th May

So day 1 of The Great Escape in Brighton has concluded. Here's a round-up of what we saw on Thursday at the festival, and whether they were any good or not, complete with hastily taken photos - 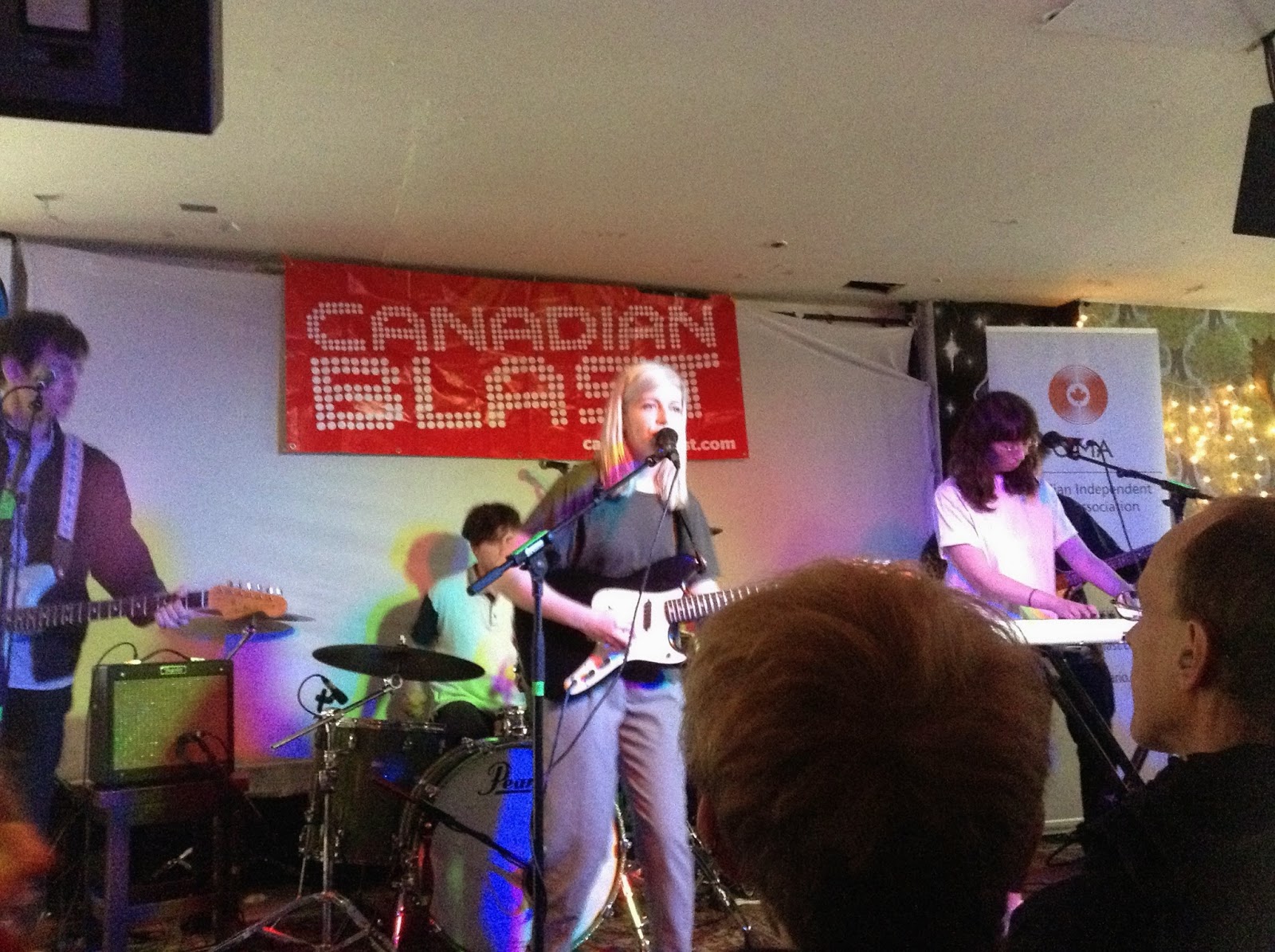 Canadian band Alvvays were the first band seen on the day, and the first band I fell in love with. The five-piece won me over with their jangly indie-pop sound. Some of their songs were a bit like The Pains of Being Pure At Heart, some went into Beach House territory, and they were all fantastic. I might have just found a new favourite band.

Location tip - the Coca-Cola in Blind Tiger tastes a little bit like banana, if that's your thing. 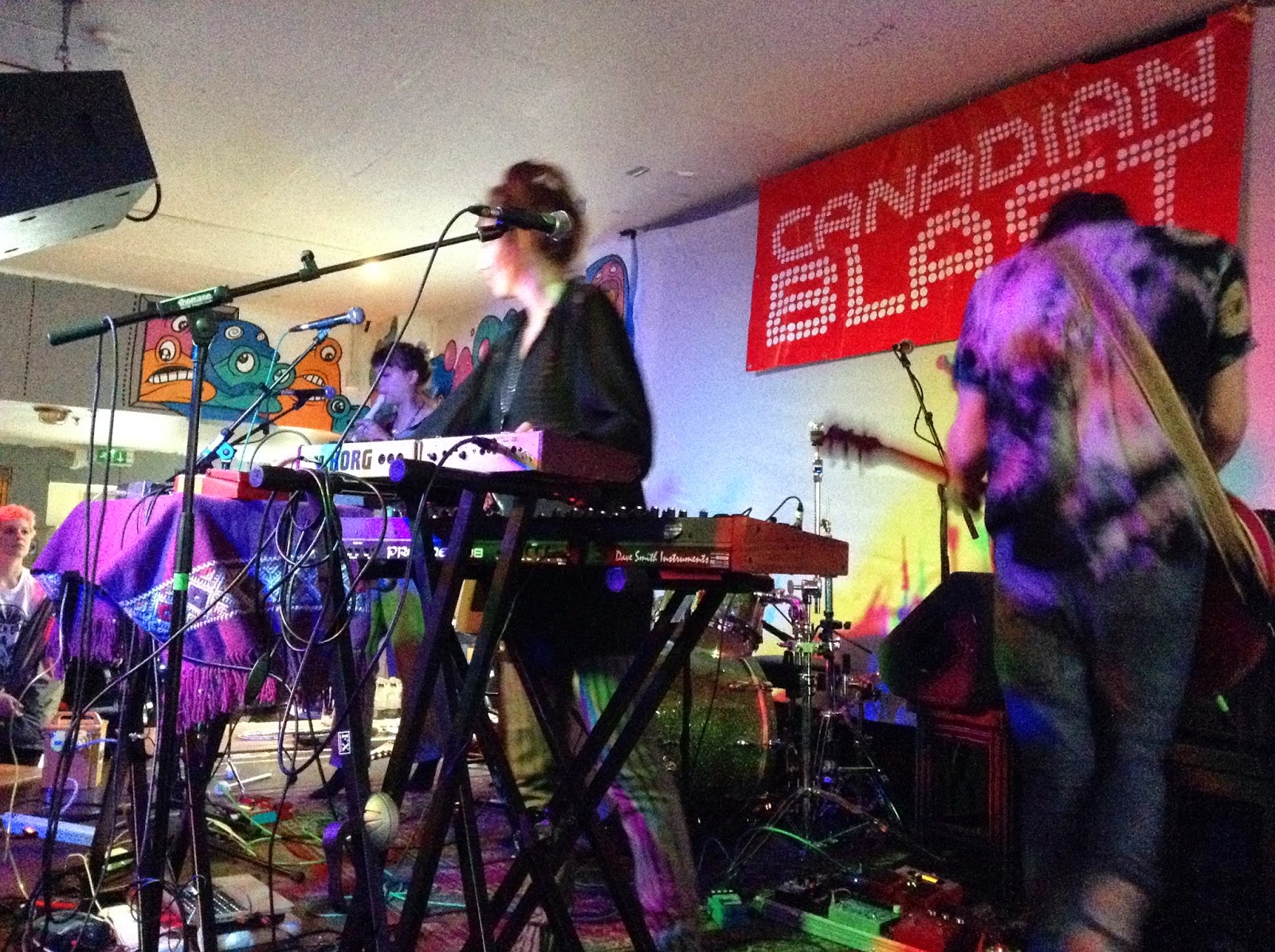 White noise and pan pipes. I'm sure it may be someone's cup of tea, but not me. 5 minutes was all I could endure. 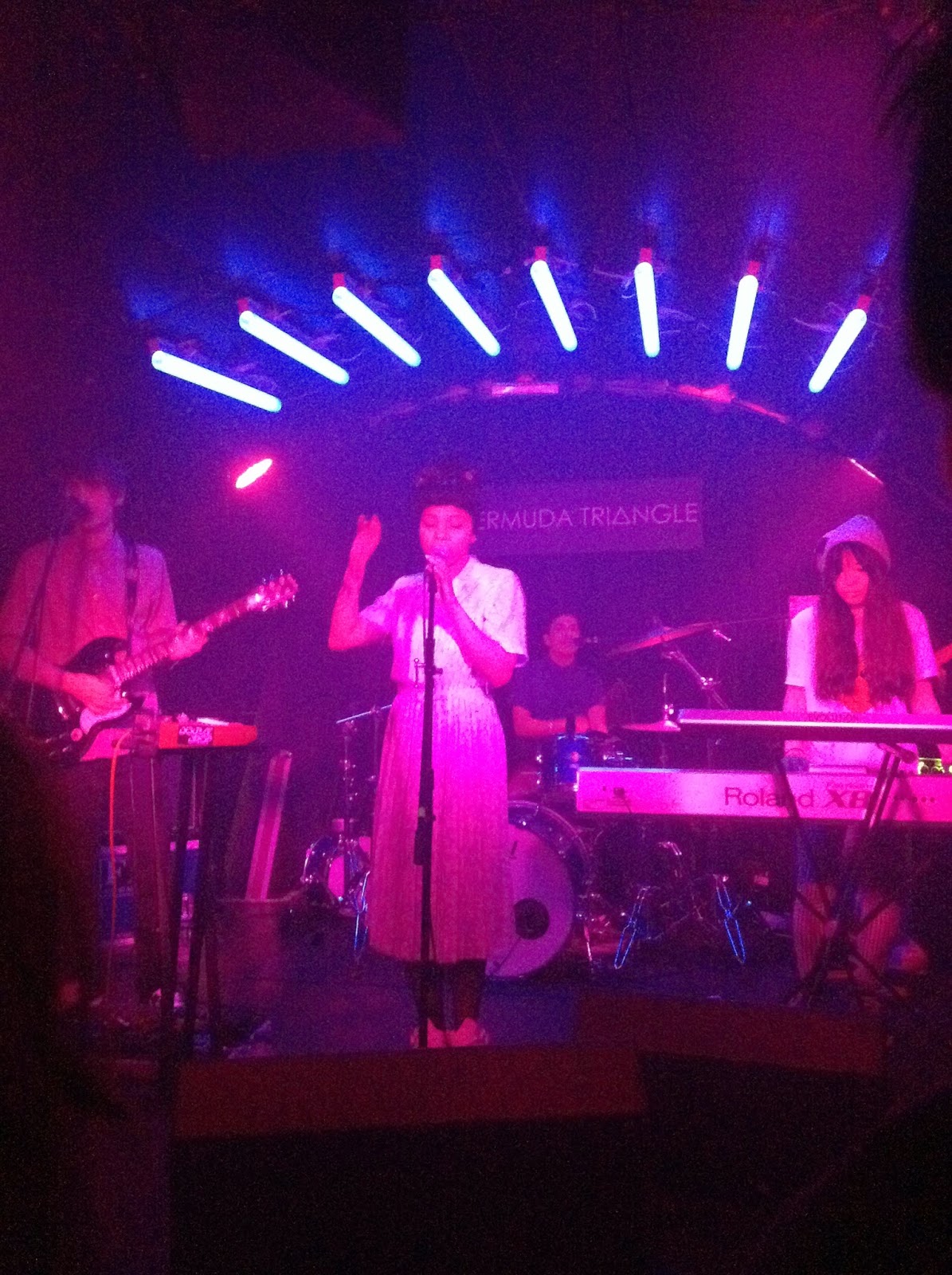 Definitely the classiest act seen at TGE on Thursday. Hollie Cook makes gorgeous electronic-inflected reggae, and went down a treat with the crowd in the rather cramped venue. "Sugar Water" was the highlight of the set. 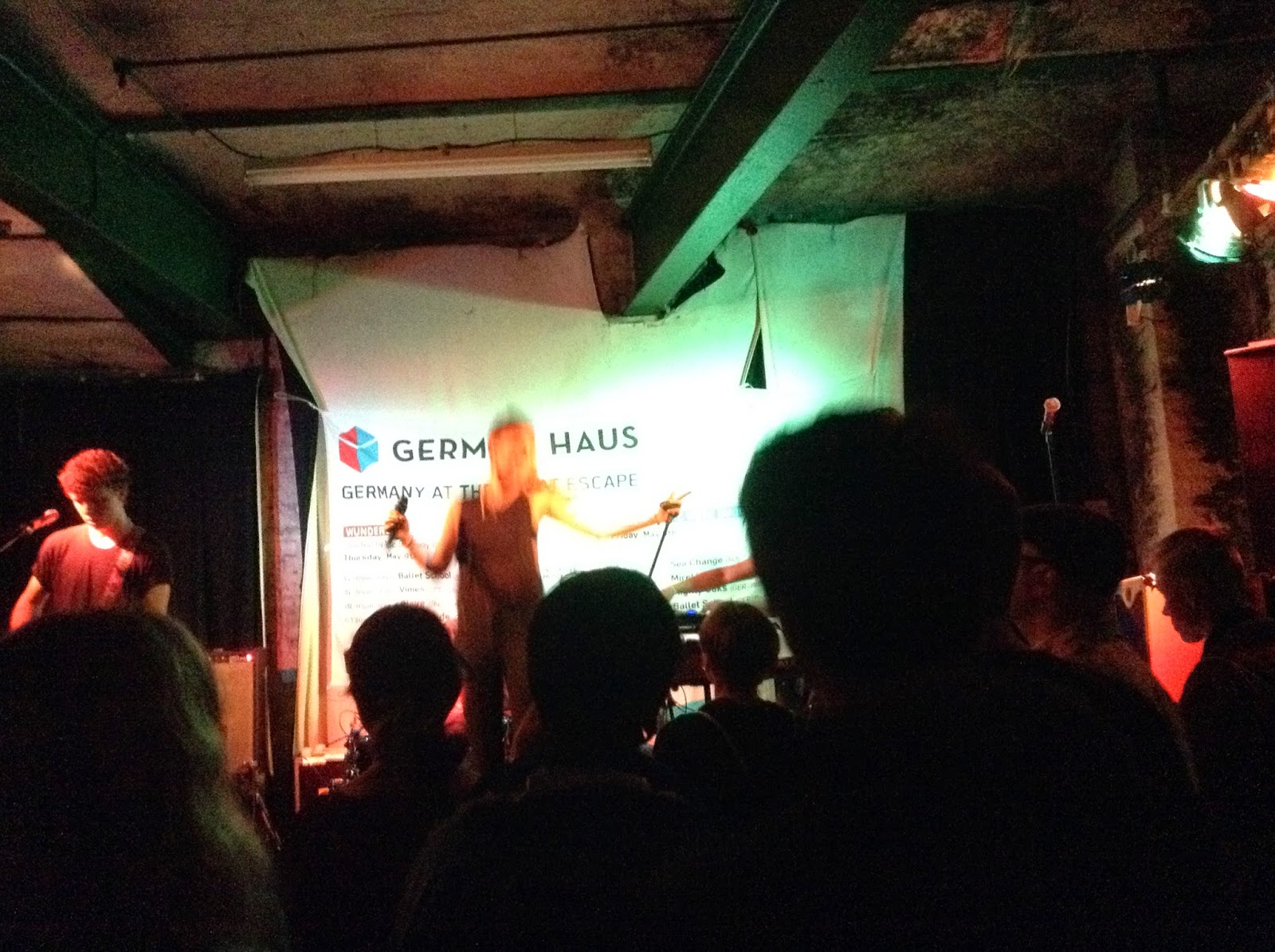 Great German electro-pop, a bit like M83 with a female lead singer and a more danceable vibe. 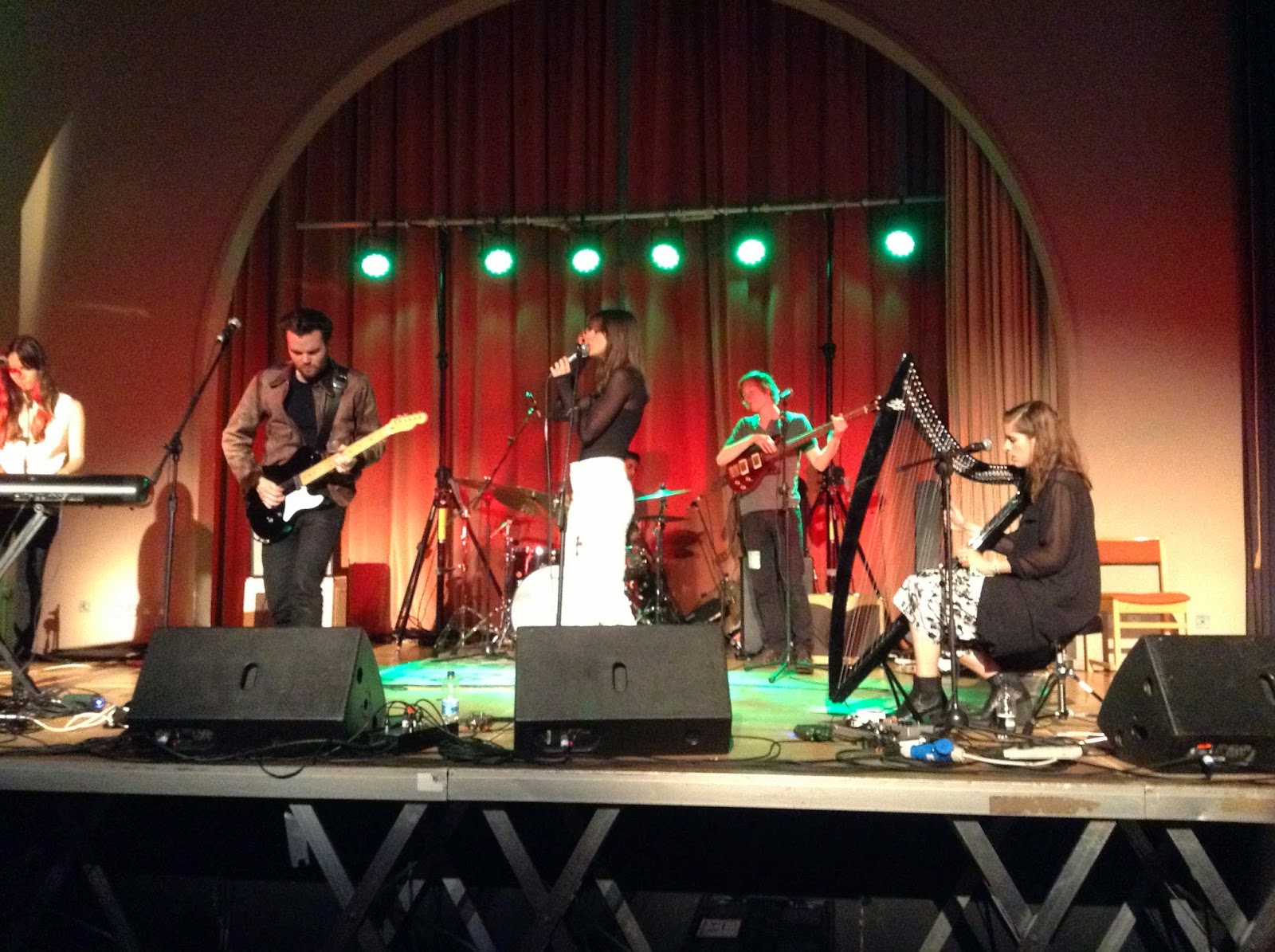 The Night VI were a lot rockier live than one might have expected from their recordings, but still had all the hypnotic qualities that made the band such a wonderful prospect. I was a bit distracted by their singer's trousers, given that they looked as if they had been made from papier maché.

Location tip - at 70p for a tin of 7 Up, Brighhelm Centre is one of the most affordable places to buy soft drinks at the festival. 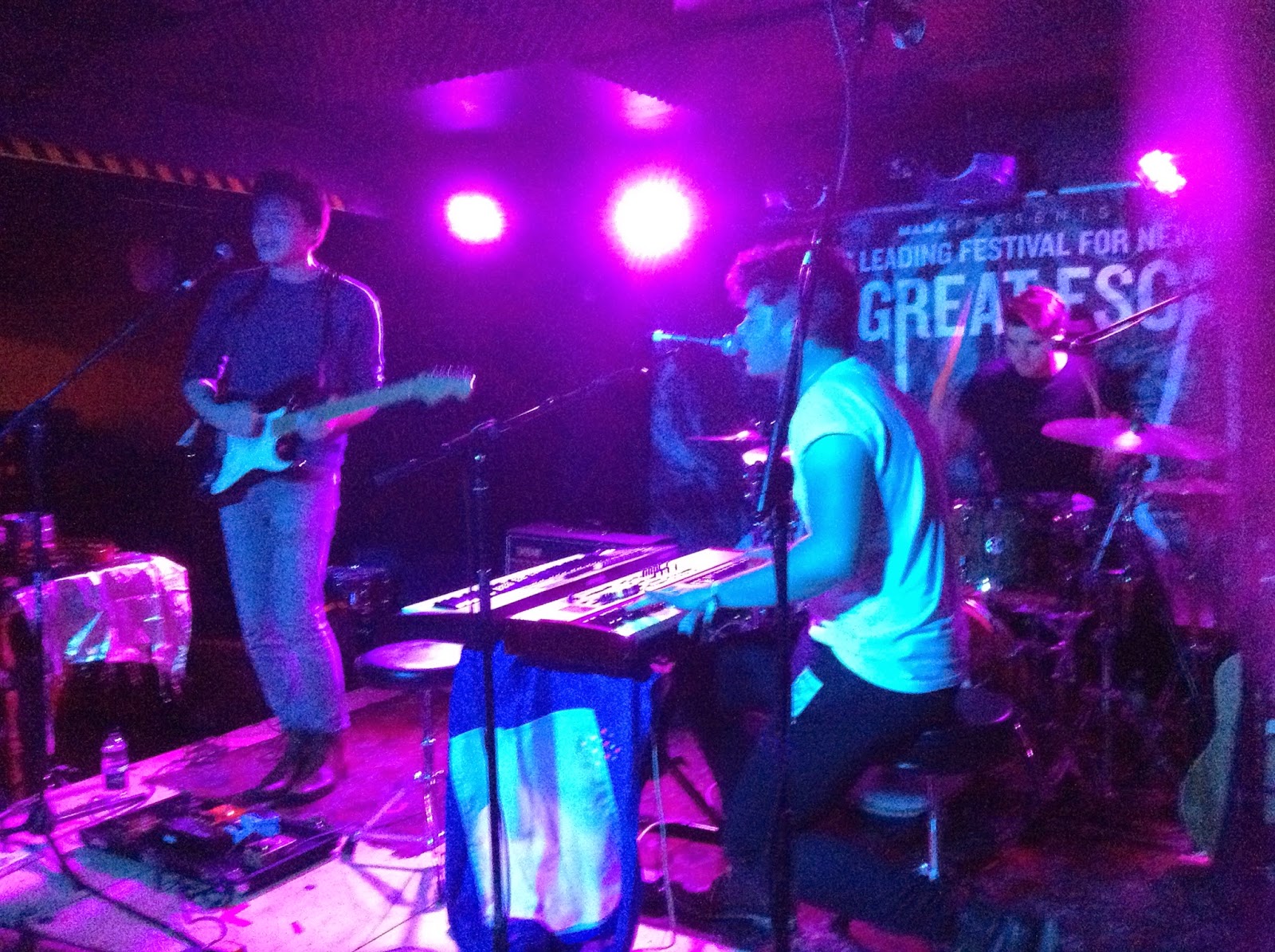 These guys absolutely blew me away. They looked good on stage, musically they were near faultless, and their songs are of a ridiculously high standard. They've definitely got Coldplay vibes, but in a very good way. Highlights of the set were "Sinking Ship" (although it's changed from the recorded version, presumably to avoid a copyright suit from KT Tunstall) and "1953". If the band don't get snapped up sharpish after this performance, I will be very surprised indeed. 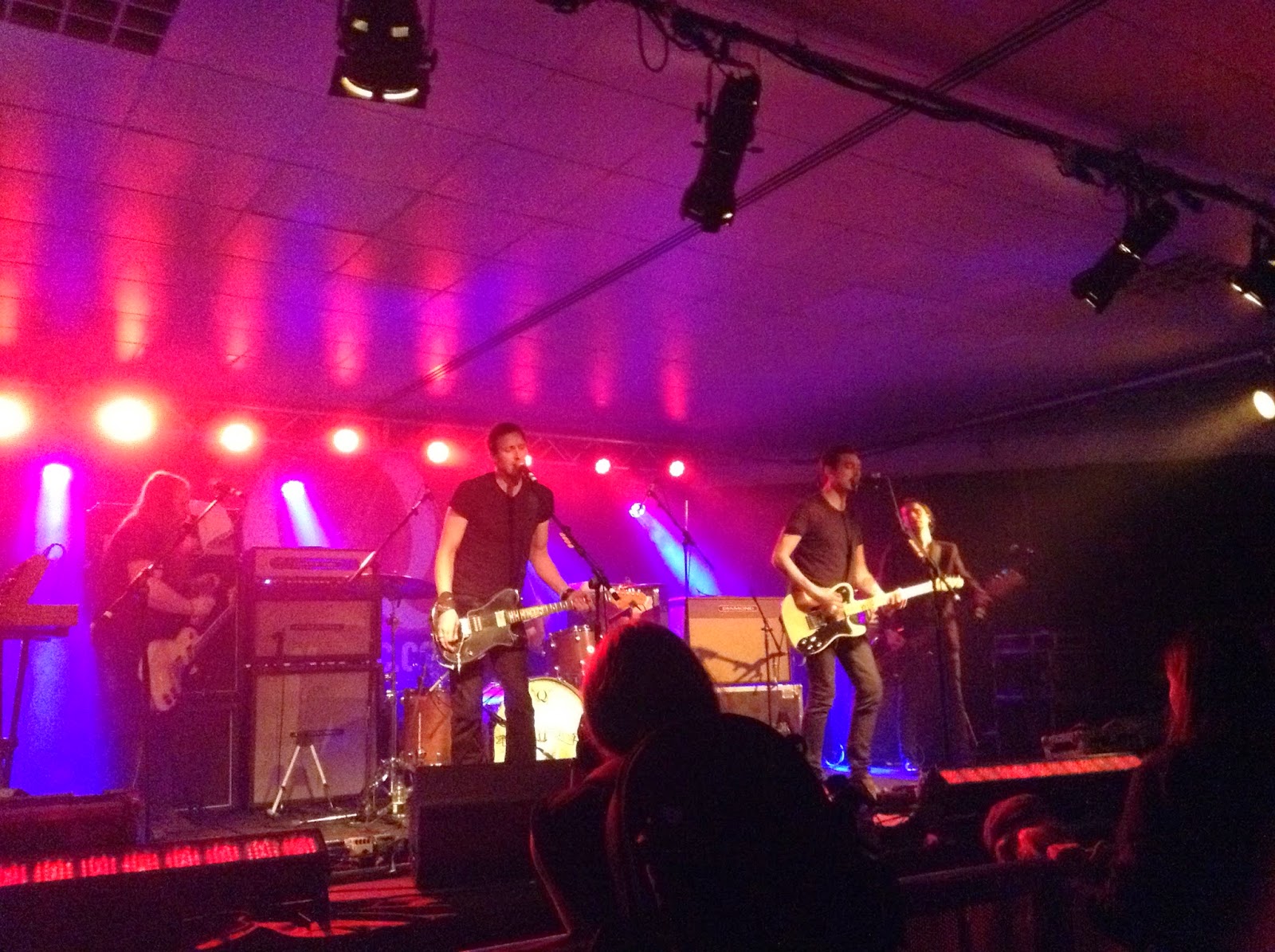 An absolute blinder of a set from the NI supergroup, made up of no-frills rock tunes from their debut album. "Stitch Yourself Up" sounds as wonderful as ever (although it feels more like a set closer than an opener in my opinion), and "Liar Liar" is so fast and frantic that Nathan needs a moment to catch his breath when it's over.

The band were hit by a power-cut before their last song, so they weren't able to play their best song, "Seafood", but up until that point, they gave a great, energetic performance of their alt-tropicalia tunes, full of strange rhythms, percussive elements, and band members switching between instruments at a drop of a hat. 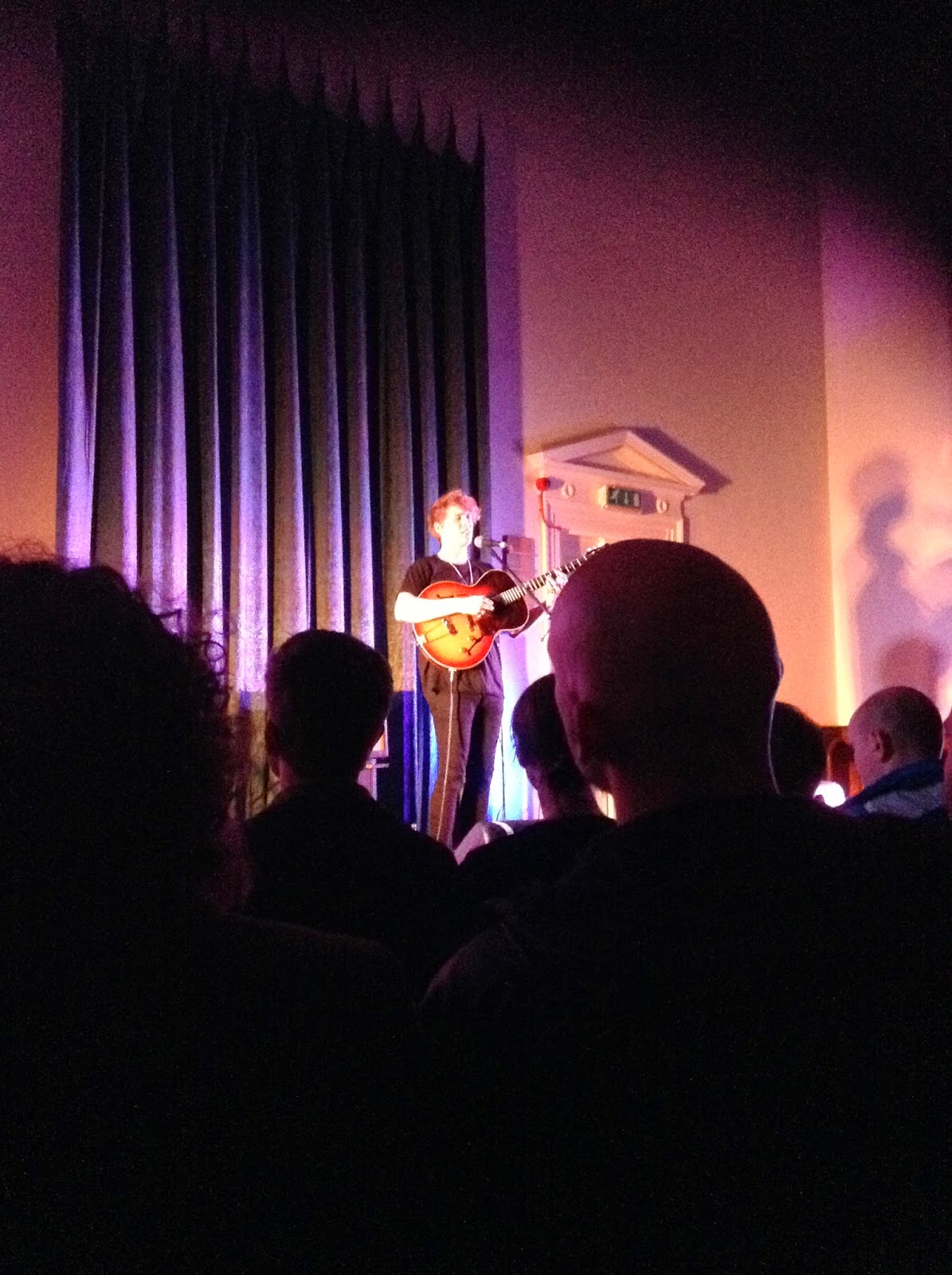 During his performance, I remarked on Twitter that my goosebumps had goosebumps listening to him. With just his voice and a clean electric guitar, he made music so beautiful that it took everything in my being to hold back the tears. There is something incredibly special about this fellow. 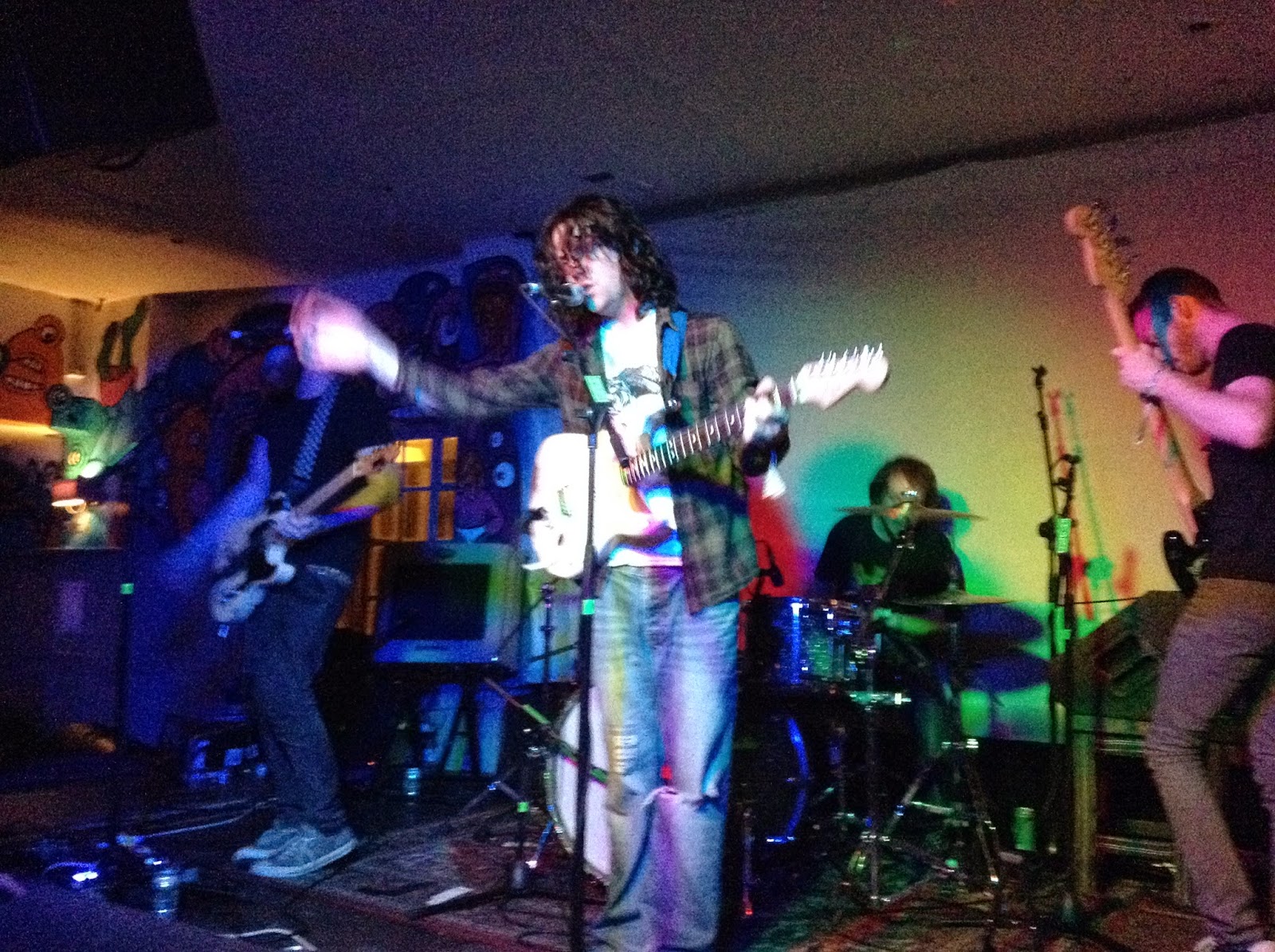 The stage banter of A Plastic Rose has never been better or more inappropriately hilarious, and their songs aren't too bad either. It was nice to hear old favourites like "Boy Racer" and "Kids Don't Behave Like This" sounding good alongside newer tracks like "Metal Man" and the wonderful "This Side of Winter". They got a pretty good crowd for the gig, and it looks as if they won over quite a few of them as the gig went on.
Posted by Christopher McBride at 09:49