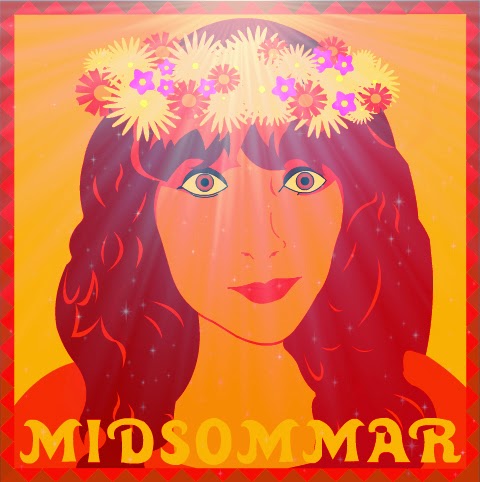 If there every was a competition to find the world's most twee-friendly band, then it's safe to say that Californian indie-poppers The Corner Laughers would be one of the main contenders to the crown. To date, they've released three albums of sugar-y sunshine-pop tracks, many of which, like "Grasshopper Clock", are so sucrose-infused that they're believed to be a leading cause of tooth decay among music fans.

Ahead of the release of a 4th album, the band are releasing a new single, "Midsommar", to mark the summer solstice. And I'm happy to say that it's quite possibly their best song to date. It still retains their trademark sugar-y sheen, whilst adding elements of English folk to their sound. In particular, the song "Northern Lights" by Renaissance springs to mind. Plus, how can anyone resist the song's exquisite double-tracked guitar solo? With much difficulty, one suspects.

"Midsommar" is a wonderfully upbeat track which deserves to bring The Corner Laughers' music to a brand new audience. Now, when does the International Tweedom Ceremony take place?

"Midsommar" will be released on June 17th.