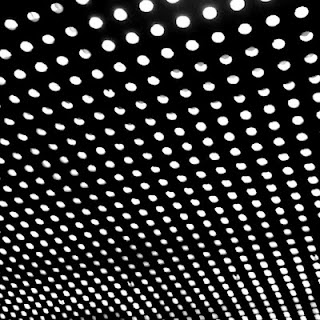 The fourth album from Baltimore duo Beach House, "Bloom" would be the ideal soundtrack for floating on a cloud on a warm sunny day. Unfortunately, technology has not advanced to the stage where clouds can be used as a viable form of transport. And even if they were, you can bet that the City of London would slap a congestion charge on it. Opening track "Myth" is a charming piece of dream-pop, and if more bands released packaging as intricate as the Digipak for this album, then people wouldn't feel the need to pirate the album.


Best Coast - The Only Place 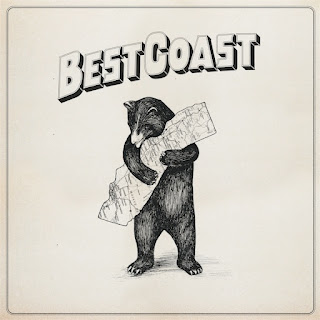 Let's start this with a frank admission. Until this year, I could not tell the difference between Beach House and Best Coast. Both bands have beach related names, both have the combination of female vocalist/male instrumentalist, and the albums that both artists released in 2010 both left me in a state on apathy. Now thankfully I have learned that both groups are quite different. I had a feeling that I would enjoy Best Coast's latest album, "The Only Place", especially following lead singer Beth Cosentino's star turn on The Go! Team's "Buy Nothing Day" last year.

It's a decent album, with the upbeat energy of the title track and the Mazzy Star-esque "No One Like You" being the highlights. However, there is the feeling that this album is lacking that special something to make it brilliant. 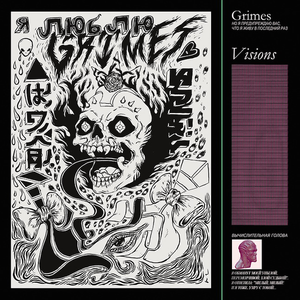 And now every music blogger has mentioned Canadian artist Claire Boucher, aka Grimes, at least once. Go me.

Regardless of what you have heard to the contrary, "Visions" is not a genre-defying album. It isn't a new goalpost in musical innovation. It is however an incredibly strong pop album, and if you enjoy it as such, then there is much to love here, from the Japanese sounding "Genesis", to "Be A Body", which is how Chris Martin might have written "Viva La Vida" if he were a 22-year old girl with easy access to modern sounding synthesizers. Just don't let the fact that she sounds suspiciously similar to one-hit wonder Aneka get in the way of your enjoyment. 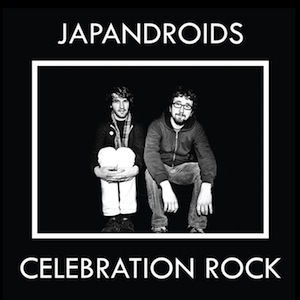 Are you a fan of the music of rock legend Bruce Springsteen? If you answered "a few of his songs are alright, I suppose", then Canadian band Japandroids are the artist for you.

"Celebration Rock" is quite a brief album given that it's only 8 tracks long, although to the band's credit, all but one of the songs on the album clock in beyond the 4 minute mark. I'd like to think that it's due to the band having a 'no-filler' policy when it comes to selecting songs for inclusion, although given that one of the songs on the album is a Gun Club cover, it could imply a lack of faith in their own material.

However, "Celebration Rock" is an incredibly strong rock record, filled with lots of great hooks tailor-made for live gigs ("For the Love Of Ivy"), and what is destined to be the best rock song of the year, "The House that Heaven Built".

Highlights: "The House that Heaven Built", "Fire's Highway", "For the Love of Ivy."

The Men - Open Your Heart 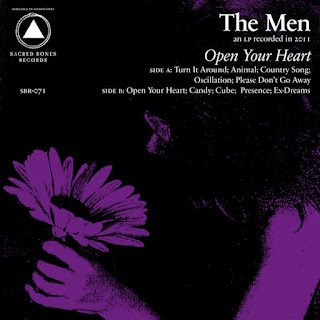 
The third album from the Brooklyn based punk quartet, The Men follow a 'does exactly what it says on the tin' philosophy when it comes to naming their tracks. "Animal" is a rough and primal track, "Oscillation" features a guitar pattern that is repeated ad finitum throughout, whilst "Country Song" is inspired by the genre of music so favoured in the American Midwest (although mercifully they've left it lyric-less, so we don't need to hear their tales of woe about a cowboy stealing their dog while burning down their trailer). The production is perhaps a too lo-fi in places, but it's a rather fun romp of an album nonetheless.

Posted by Christopher McBride at 17:14