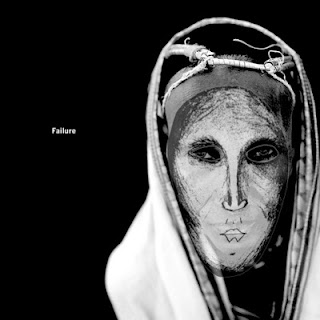 Every so often I get a email so bizarre from musicians that I feel the need to re-read it to make sure I haven't gone temporarily mad. Here is a correspondance I received from Chicago duo Autosave:

"The Face is a big fan of the blog. He would be thrilled if you gave us a listen. Keep up the good work!

Long ago we found The Face as it erupted out of the ocean. He told us of his message and gave us his image before slowly turning into dust and disappearing back into the ocean.

We are Autosave and we represent The Face. He is the reason why we exist. We're just 2 guys in an indie band from Chicago spreading his message.

You may try your very hardest and it still wouldn't be enough. The Face tried to live as a whole in this world. He vanquished himself in the data stream. He did it for all of us.

Although he might have been a failure one way. He continues to make strides to get his messages to us (Autosave) and to the world. For now we shall use the sound clips he was able to recover as his voice. He will live again though. Listen to Autosave's latest message "Failure", off of our first EP "Nightmares and Landscapes".

He told us to tell you,
Autosave."

But anyway, be sure to check out their latest single available for free, "Failure", which is decent in a 'Darwin Deez fed through a wormhole' kind of way.