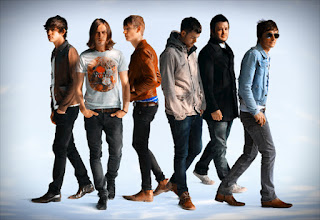 Manchester based sextet Folks are making a bid for rock stardom. Having already had several dates supporting Noel Gallagher's High Flying Birds and Miles Kane under their belts, the band are gearing up the release of their debut album.

The first single to be taken from the album is "Skull & Bones." The jaunty number has a similar feel to The Black Keys or QOTSA, but mixes it up a little by adding in some atmospheric string lines. The band have attempted to take on the difficult task of creating music that is both timeless, yet distinctive at the same time. And to an extent, the band have succeeded in their goal.

"Skull & Bones" is taken from Folks' debut album, "I See Cathedrals", which will be released on October 1st.


Posted by Christopher McBride at 15:42