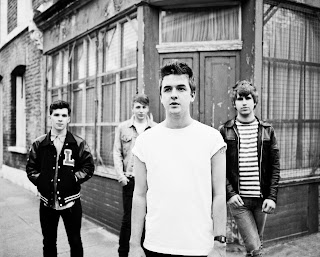 Leeds based quartet China Rats first came to my attention earlier this year with their fabulous song "To Be Like I", a song that effortlessly mixes Vaccines-esque indie-rock with 50s rock & roll. Since then, the band have gone from strength to strength, being picked up for rotation on BBC Radio 1 and even headlining a stage at the Benicassim Festival when Bat For Lashes had to pull out. Not bad for a band who've only released one E.P to date.

The band will be releasing their debut single in September, but before that they have made one of their tracks available as a free download. Featuring a trippy guitar riff and high energy throughout, it's a fantastic single from the lads. The band are setting themselves up as a real prospect for the future.