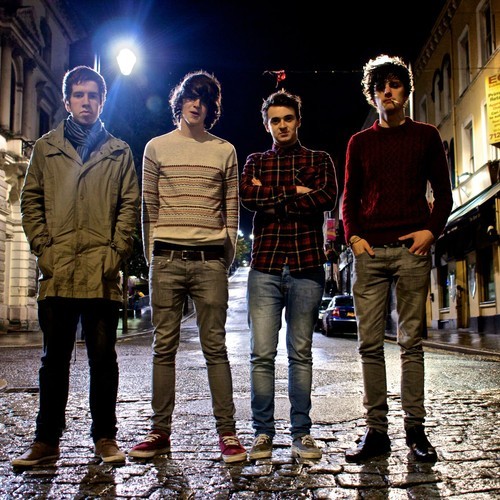 A couple of weeks ago, I headed up to Derry to see The Clameens play a showcase gig organized by Tom Robinson in Sandinos Bar, alongside fellow purveyors of great music Best Boy Grip & Ryan Vail. Because of the size of the venue, they were playing a stripped-down acoustic set, which given their rather rocky sound on record, seemed like an odd decision. Nonetheless, the band put in a great performance, and just showed how much potential this young band have, and showed that even when stripped down to the bare bones, they sure know how to write a decent song.

One of the songs they performed on the night was "Don't Judge", which the band have now released as their latest single, with some visual accompaniment. The song is a short sharp tune about youthful defiance, as the band put up two fingers to those who have preconceived notions of people just because of their age. It's another strong track in The Clameens' arsenal.

Posted by Christopher McBride at 17:02