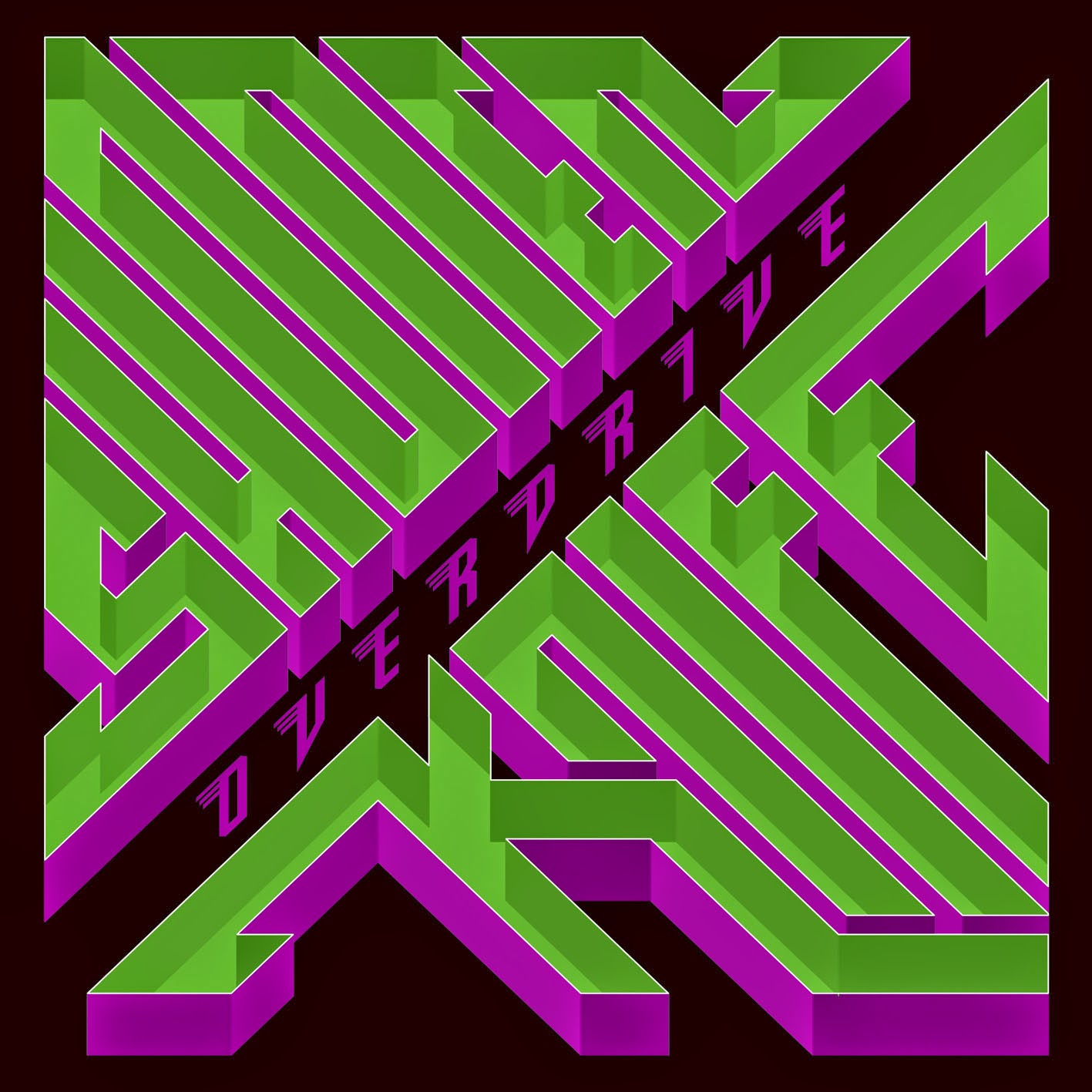 (Damnably)
It's been two years after Japanese trio Shonen Knife released "Pop Tune", showing that more than 30 years into their career, they still have the knack for crafting crackingly good pop-punk tunes. Now in 2014, the band give us "Overdrive", their 20th release in all. This time around, the band have expressed their desire to pay homage to 70s hard rock, and as such the album takes a back-to-basics approach, with no computers or keyboards in play, just guitars, bass, drums and vocals. So does this mean that this isn't a typical Shonen Knife album?

Thankfully, the answer is no. The tone may be different, but this is still the same band that we have come to know and love. The album kicks off with "Bad Luck Song", a song that owes a certain debt to Thin Lizzy's "The Boys Are Back In Town", yet has a playful tone to it as lead singer Naoko wonders if songs that are supposed to be bad luck actually might be the opposite. Next up is "Black Crow", and a rock song title like that, you might imagine that the titular crow might be a harbinger of doom, or a metaphor for the destructive habits of mankind. But no, the worst thing this bird does is keep Naoko from falling asleep.

Shonen Knife have been known to write songs around two main things - food and cute animals, and unlike "Pop Tune", this album has plenty of songs about both. "Ramen Rock" sees bassist Ritsuko tell of her love of post-gig noodles, "Fortune Cookie" is about the titular biscuit and their precognitive powers, whilst the best of the food trilogy is "Green Tea". The song features one of the most memorable, bad ass ascending/descending guitar riffs on the album, as drummer Emi sings about all the food she loves that contain green tea, including ice-cream, cookies and chocolate.

On the animal front, we have "Like A Cat", a great little song in which Naoko imagines what it's like being a feline. There aren't many bands that can get away with lyrics like "Meow meow meow, spend your days like a cat", but it is a testament to the charm of Shonen Knife that we love them all the more for it.

"Overdrive" may be Shonen Knife's version of a heavy-rock record, but at its heart, it is still a Shonen Knife album - full of all the fun, silliness and good times beneath its sludgier veneer that one comes to expect from the trio. It might not be as strong an album as its immediate predecessor "Pop Tune", but it still a worthy addition to the band's catalogue.

Posted by Christopher McBride at 15:49