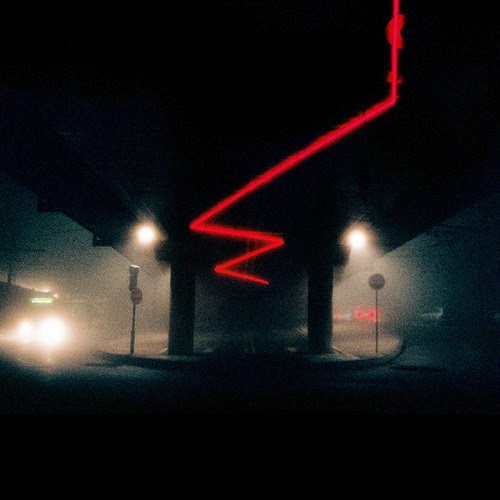 It has been over a year since first being introduced to Limerick based 4-piece Moscow Metro* through their wonderful debut double-A side containing the tracks "Spirit of a City" and "Cosmos" for free, which sounded near perfect in spite of the band only being together for a few months at the time of recording. Now fast-forward 12 months, and as a result of the initial love for the band, they are releasing their first E.P, "Spirit of a City".

Unsurprisingly, the E.P kicks off with the title track, and as we said last year, the song is a "mid tempo anthemic rock number in the mode of The Killers or The National, tailor made for multi-seated stadiums and for closing festival proceedings", and 12 months onwards, we stick firmly by that appraisal. The second track "Future Fades" shares a similar musical DNA, and is just as enjoyable. In fact, you can pinpoint the exact moment when the audience will go mental when this one is played live - it's at 1:35 in.

"Headlights" is a more subdued, shoegaze-y track, with the guitars turned down ever so slightly and the percussion slightly more purposeful, one that fans of Jesus & Mary Chain might get excited by. "Where It All Ends", the 'official' closing track** is similarly subdued, although it erupts into something magical by its end, a little bit of joy beneath the darkness that has gone before it.

"Spirit of a City" deserves to be the release that introduces Moscow Metro to a swarm of new fans. Last year, we said that they should be your new favourite band. 12 months on, we stand by that assessment. If you like your punk a little past the post, your guitars loud, and your darkness as anthemic as possible, then "Spirit of a City" is the release you have craved all these years.

"Spirit of a City" is available to purchase as of today.

*Written as M O S C O W M E T R O, but for the sake of my thumbs and space bar (given that it's highly likely we will be featuring this band again on numerous occasions), I will refrain from typing it in this way.
**The wonderful "Cosmos" has been left as a hidden track, presumably because its sound wouldn't flow in the context of the E.P. This is a shame, as I feel it's their strongest song. Oh well, one can hope that its hidden nature means that they'll have big plans for it further on down the line.
Posted by Christopher McBride at 18:51