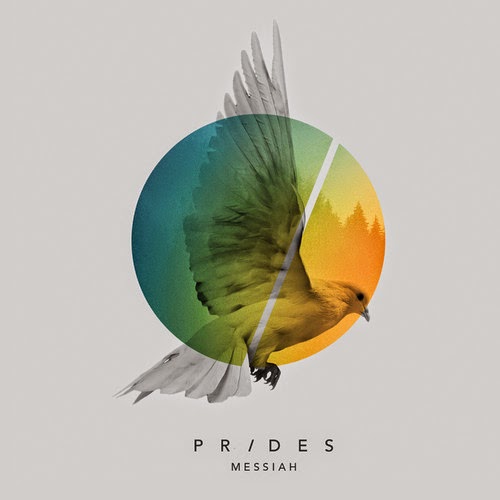 Having introduced themselves to the world last year with the fantastic "Out Of The Blue" last year, and re-reminded us of their brilliance a few months ago with "The Seeds You Sow", everyone's favourite non-Chvrches Scottish synth-pop trio Prides have announced the release of their brand new single.

The band have stated that the goal of their new single, "Messiah", is to bring back pitch bent keyboard sounds into popular music. To allow it to rise from the dead, if you will. And I think it's fair to say that they have done a pretty decent job of it. Prides seem to specialise in making synth-pop that is just screaming out to be played in stadiums, and if "Messiah", a track that's as 80s as the Rubik's Cube and as big as Giant Haystacks, is anything to go by, they are gradually inching their way there.

"Messiah" will be released on June 23rd. They play at The Great Escape, Brighton on May 9th, and spend the rest of the month supporting Foxes, the lucky beggars.

Posted by Christopher McBride at 18:53