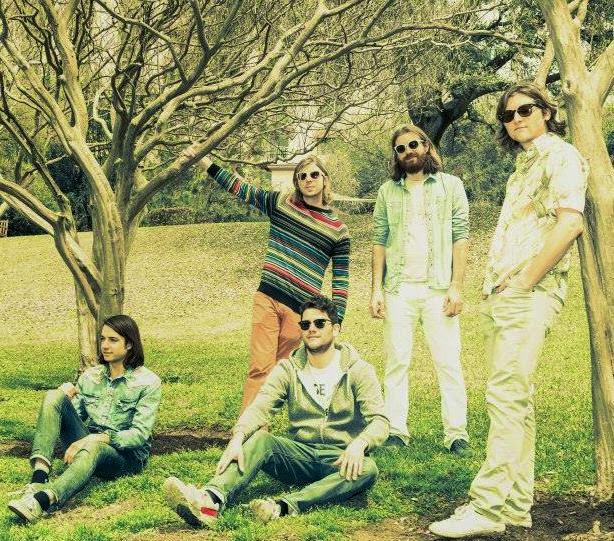 It's hard to believe that it's less than two weeks until The Great Escape, one of the biggest festivals of new and emerging music, begins in Brighton. This will be the first time TMB will be in attendance at the festival, and to say that we are excited would be something of an understatement. Over 30 venues within walking distance of each other, all of whom with live music happening over the space of a few days? Our definition of heaven, and well worth the travel over the Irish Sea for.

Of course, there's a few bands who will be travelling a lot further than ourselves to get there, such as Philadelphia 5-piece Cheerleader. Having impressed many people with a series of lo-fi demo recordings, the band have recently premièred their first official single, "Perfect Vision". To say that it's a lovely wee gem would be something of an understatement, it's just wonderful. It shares many musical similarities with The Pains of Being Pure At Heart, such as the hushed vocals and a penchant for early 90s indie. This of course is no bad thing. It's a stunning debut track - it looks like ourselves and many others has just discovered another must-see artist for TGE.

"Perfect Vision" will be released on April 28th. The band play The Great Escape on May 10th at 6pm, at The Corn Exchange (on the same bill as Jon Hopkins and Charli XCX).

Posted by Christopher McBride at 13:32