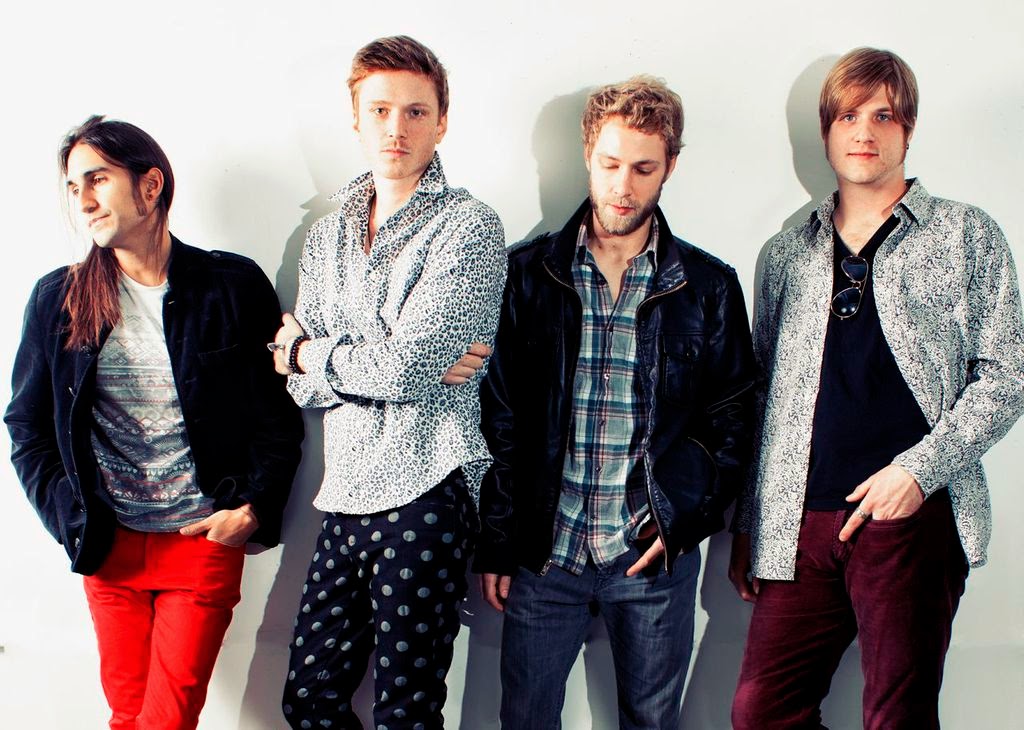 Ooh, this is one single we've been awaiting with much anticipation.

Back in August, we were introduced to Minneapolis band Step Rockets through their bloody amazing single "Kisser", commenting at the time that they "will be your favourite new band of 2014". Much to our amazement, but not to our surprise, the song powered its way to the top of the Hype Machine chart with little-to-no promotion, and currently sits at around 500k plays on Soundcloud, which is pretty fantastic for an unsigned band. Having named them one of our international Tips for 2014, we were sure they were going to deliver something special.

And 5 months on, special is exactly what Step Rockets have delivered in the form of "Heart Attack Again", which premiered earlier on today on the blog of top tastemakers Neon Gold. The song sees the band adding a slight R&B vibe to their sound and toning down the guitars a little, whilst still retaining their own unique melding of indie-rock and electronica. Once again, the band shows off their knack for great big hooks (you'll have the "give me heart attack" part stuck firmly in your head for ages once the song is over), and wonderful anthemic choruses.

On initial "Heart Attack Again" might not be as strong as its predecessor, "Kisser", but let's face it - you'd be hard-pressed to find many songs released last year (or even since then) that were. "Heart Attack" is still a worthy follow-up for Step Rockets, who have done a fantastic job of re-tailoring rock music for modern audiences.

So were we right last year when we said they will be your favourite new band of 2014? You bet your life we were. Now all that needs to happen is for the wider world to take notice, because now they have no excuse.