The Soft Look - Stay in the Dark 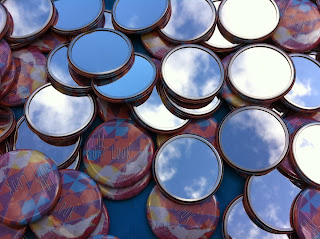 Anyone with even the tinniest big of knowledge of the Northern Irish music scene over the past few years will have came across Paul McIver in one of the many groups he's been involved with over the years. He was previously a member of indie-pop trio Cutaways, one of the first local bands I really got into, who released an album "Earth and Earthly Things" and a number of singles before calling it a day in 2010. (Incidentally, the band made their entire back catalogue available to download for free shortly after their split, which is still available on Bandcamp. Their album is a sorely underrated gem). He was later involved in the more electronically-orientated Morning Claws, who released a few singles before splitting up last year.

Having now relocated to London, Paul McIver is now recording under the name The Soft Look, premiering the project last weekend at the Start Together Studios last week in Belfast. The first official single released under this name is "Stay In The Dark", a track which sees McIver eschew guitars altogether to create something much more electronic than he's been involved with before. Featuring manipulated vocal samples and rather snazzy electronic synths and rhythms, the song sounds like it would be right at home within Warp Records' discography.

"Stay In The Dark" is the latest release by the Start Together Singles Club, and is available to buy, as per the image above, as a limited edition pocket mirror.

Posted by Christopher McBride at 18:30