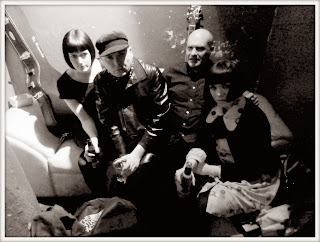 I wonder how many fireworks-based puns I can cram into this piece about the new single by The Fireworks? Oh well, let's have a crack at it.

The Fireworks are and explosive indie-pop four-piece from London. Having lit the fuse and got their career off to a bang with their debut E.P in March, the band have released their new single, "Runaround", a fiery, sparkly, enjoyable tune that doesn't taper out early. It's a rocket-fulled garage-rock banger of a tune, which should be a must-have for fans of indie-pop from the likes of The Wedding Present and Allo Darlin, although I'm not exactly sure whether it will be for fans of Catherine Wheel.

"Runaround" will be released on November 26th as a limited edition 7" single.