Eliza & The Bear - It Gets Cold 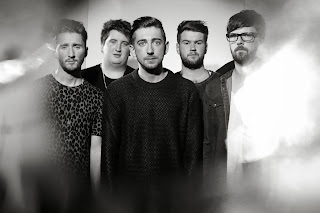 Although they didn't make our own Tips for 2014 lists, it's fair to say that Essex 5-piece Eliza & The Bear are shaping up to have a monumental 12 months. They've been much loved by our favourite blogs for nearly 2 years now (including Breaking More Waves & The Mad Mackerel), and in the past year they've picked up extensive support from Radio 1 and landed supporting slots for both Paramore and Imagine Dragons. Shamefully, this blog has only just now starting to take notice of the band, but it terms of songs designed to capture one's attention, "It Gets Cold" does a brilliant job.

Their press describe them as a cross between Beirut and Two Door Cinema Club, a comparison that I can hardly disagree with, given that "It Gets Cold" mixes an expansive folk sensibility with sprightly guitar riffs and an indie-centric image. Given that Mumford & Sons and TDCC have been so incredibly popular over the past few years, it's seems amiss that not many acts have thought to combine the the sound of the two, and it is this combining of the familiar into something that is completely their own that will win people over to Eliza & The Bear in the future. The song's already picked up tens of thousands of streams in about a week since the track went live, and if they can keep up the momentum they're riding, 2014 will surely be a magical year.

"It Gets Cold" will be released on January 26th.