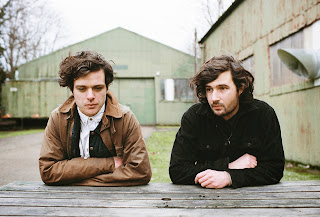 Champs are made up of brothers Michael & David Champion, and they make music as enjoyable as it is lovely. Their new single is "Savannah", a great little alt-folk built around an infectious piano riff and well constructed multi-tracked vocals which thankfully stay respectfully tasteful, without running into gimmicky territory as is sometimes prone to happening on tracks of this nature.

"Savannah" is taken from their debut album "Down Like Gold", which will be released on February 24th.

Email ThisBlogThis!Share to TwitterShare to FacebookShare to Pinterest
Labels: folk, Isle of Wight