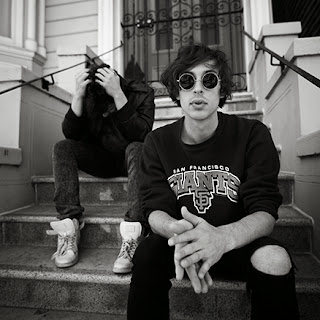 If The Beatles were starting out in 2013 rather than 1963, would they have sounded like "Forever", the new single by Polyvinyl signed American duo Painted Palms? The answer to that question is, in fact, no. They would have sounded like The 1975. But there's no denying that there's a little bit of the Fab Four in "Forever", albeit a version that has been weaved around an electronic, borderline psychedelic web. It's a great wee song, and with a decent push next year, Painted Palms could be the indie fraternity's new 'hip to namedrop' band.

"Forever" is taken from their debut album of the same name, which is released on 14th January 2014.

Email ThisBlogThis!Share to TwitterShare to FacebookShare to Pinterest
Labels: psychedelic