So, the Northern Ireland Music Prize... 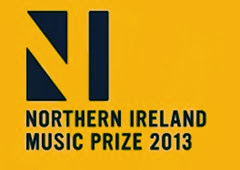 Congratulations is in order for Foy Vance, who last night won the inaugural Northern Ireland Music Prize for his 2nd album "Joy Of Nothing" in a ceremony held in the Mandela Hall, beating 13 other nominees in the process. In what was a close run contest, Foy beat out an unspecified rival who he tied with on final votes, but won out on second preferences. Here are some brief thoughts from The Metaphorical Boat on the ceremony, and the awards itself:

1. Where's the winner? - Despite winning the award, Foy Vance could not be there in person to pick up his award, due to his current touring commitments in America. His band picked up the award on his behalf, leading to the question of why the band are here and not there. The theory that the band are in fact space hopping wizards has yet to be disproved.

2. The ceremony was pretty decent - The visuals and videos for each nominated album were well put together, and added to the excitement of the event. The five nominated acts who played were well chosen, ranging from the electronic funk odyssey of Space Dimension Controller, the post-punk revivalists Girls Names (who were this blog's vote for the prize), and The Bonnevilles, who were late getting to the stage due to "costume problems". Anthony Toner was a real surprise - he seemed rather out of place compared to the other nominations in terms of genre, but he won a lot of people over with his storytelling singer-songwriting style.

3. The ceremony has got some press, but not as much as one would like - A quick Google search reveals that the announcement of the winner has, as you'd expect, been covered in on Across The Line, Belfast Telegraph and Hot Press Magazine. Even more excitingly, it has also been announced in Music Week, which is basically the UK music industry's bible. It's nice to see the ceremony get a bit of coverage outside of Northern Ireland, but as I mentioned before, unless the ceremony is covered extensively both within here, and further afield, then the prize runs the risk of falling into self-congratulatory back slapping, rather than a ceremony that deserves to be taken seriously.

4. The ceremony should have done enough to warrant a second NI Music Prize next year - but it is important that the organizers learn from this year and ensure that it becomes a feature of the local music calender for many years to come. Firstly, 14 albums is far too many - If 12 is good enough for the Mercurys, then there's no reason to exceed that number. Secondly - get as much press coverage of the event and its run-up. It would have been great for BBC NI and UTV to cover the awards ceremony visually (although to its credit, Radio Ulster has done more than its fair share). Thirdly - for goodness sake, make sure the winner can be there to collect the prize.

And here's the video for "Closed Hands, Full Of Friends", the Radio 2 playlisted song from "Joy Of Nothing", the first ever Northern Ireland Music Prize winning album. Well done, Foy Vance, and your splendid moustache.