As is tradition for The Metaphorical Boat as we reach the end of the year, it is time to dust of our metaphorical crystal ball and get our prognostication on, as we look at ten artists that we are going to keep our eyes on in 2014. As is the case with every year on the blog, our tips will be split into two groups of five. The first five artists will be from our own stomping ground of Northern Ireland, whilst the second group will be from elsewhere in the world.

So first off we'll look at five artists from 'our wee province' who The Metaphorical Boat hope will go on to great, or further, success in 2014. There's been so many great artists to from here that have been making good music that it's been hard to narrow them down to five. But five is the number of counting, and the number of counting shall be five, to commiserations to some of the artists who didn't quite make our list, including Go Wolf, TeamRKT, Ed Zealous & Hologram, all of whom will still probably have a wonderful 2014 regardless.

And we start with: 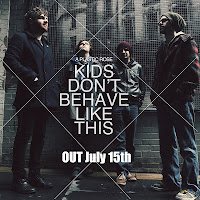 It does feel a bit of a cheat to include A Plastic Rose in a section about tips for 2014 from Northern Ireland, mainly because a) they've already released a critically acclaimed album which was nominated for the Northern Ireland Music Prize, and b) they're now based in Nottingham. But in the end, given that they're still regarded as a Northern Irish band, ad because they're on the cusp of a national breakout, it felt only right to give them a place on the list.

Back in October, A Plastic Rose released "This Side of Winter", quite possibly their poppiest and best single to date, and to say that it was well received would be an understatement. In the space of a month, the song was played on BBC Radio 1 a whopping twelve times, solely through spot plays by supportive DJs. That's more than some songs that make the playlist get over the same period. If A Plastic Rose can recapture that magic several more times in 2014, which they are very likely to do, then next year could be the year that the band transition from Irish heroes to international superstars. 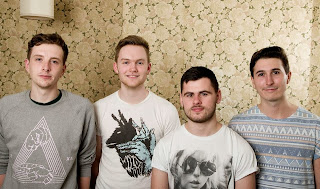 Back in May, Hurdles released their luscious Phoenix-esque indie-pop single "Kaleidoscope", a song so cosmopolitan, so well polished, and so finely produced, that it seemed impossible to have come from a band who'd only been playing together for a few months and who hail from Dungannon. Yet the band then went on to prove that song was not a one-off fluke by releasing the "Where To Start" E.P last month, a release which showed the band know exactly how to craft an enjoyable, danceable guitar-pop song. With a UK tour on the horizon, and lots of airplay for the band both locally and further afield, 2014 shouldn't be a great year for Hurdles. 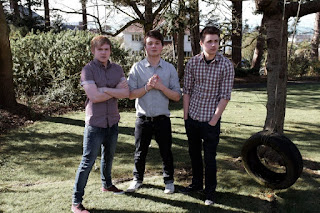 The inclusion of Bangor trio In An Instant may seem like a particularly odd one, as to date they are yet to officially release any music. However, if the two demos that the band have released are anything to go by, then they are going to be an insatiable prospect when we do get their debut E.P in January. After all, "All Binds Fall Undone", a song with an irresistible mix of guitars, synths, and danceable rhythms, is a better song in demo form than songs that many bands make through thousands of pounds worth of studio time. Having been relatively quiet on the gig scene in 2013, next year should see the band start to become local favourites within Northern Ireland, especially when their E.P drops at the beginning of the years. If it's better then the demos, then it might literally blow a few minds. 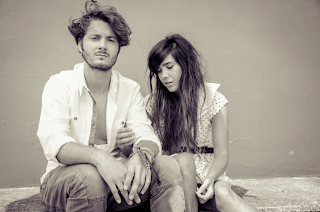 Derry's The Jepettos have been on our radar for quite a long time now, with this blog first getting excited about their lullaby-folk sound at the very beginning of 2012. But this year has seen them cement their place in many people's hearts, with songs such as "Water" and "Chemicals" (a song that still leaves a tear in our eye when we hear it), as well as their stunning performance at the Belfast Music Week Showcase, leaving us in no doubt that the husband/wife duo (plus a few friends) are by far the cutest band to come out on Northern Ireland in quite some time, if not ever. With a new E.P primed for December, 2014 should be a great year for one of our more unconventional bands. 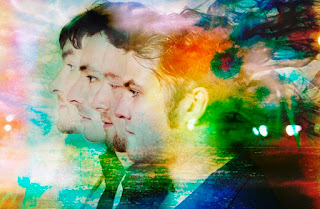 Of the five acts that TMB's tipping for 2014, the one band that probably has the greatest prospect of becoming international sensations next year is Derry 4-piece Little Bear. They've already been playlisted by Radio 1 this year, released a fantastic double-A side single (Night Dries Like Ink/Killer), and have been involved with some of the most memorable gigs of the year, including their performance at Other Voices and their fantastic performance at Glasgowbury in an overflowing tent. Kodaline became massive in 2013 on the back of a sound that wasn't too dissimilar to Little Bear's, although it's fair to say that LB trump them in terms of stagemanship, harmony vocals, and the sheer variety of songs on offer. So why can't 2014 be their year?

Posted by Christopher McBride at 12:00