Valerie June - You Can't Be Told 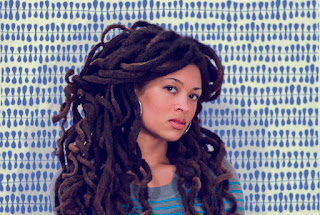 Memphis born singer Valerie June is due to support Jake Bugg on his upcoming autumn tour, having played with him on a few dates this year. I'm slightly disappointed that their marketing departments appear to have missed a trick by not labeling it the "June-Bugg Tour", but then again what do I know? I'm just a humble blogger.

But anyway, Valerie June is due to release her debut album, "Pushin' Against A Stone" sometime this spring. Before that, she is due to release her latest single. Co-written with Dan Auerbach of The Black Keys, "You Can't Be Told" is a sumptuous slice of old-school delta blues which is boosted by June's gospel-inflected vocals, calling to mind artists such as Alabama Shakes.

"You Can't Be Told" will be released on March 4th on limited edition 7".