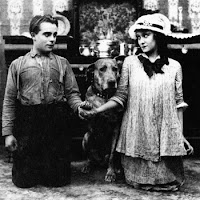 Belfast based 4-piece Hologram might be a new band, but they already have a great pedigree behind them. Singer/ivory tinkler Paul Shevlin had previously been a member of local folk group The 1930s, as well as releasing several brilliant piano-pop singles under his own name.

The first release from the newly formed group is "Touch & Go", which in comparison to previous releases by Shevlin is firmly in alt-rock territory, with its soaring guitar lines and intense production values.

"Touch & Go" is available now as a free download.