Gaoler's Daughter - When We Were Young 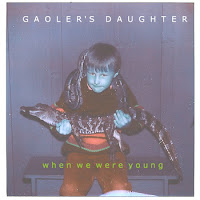 It's been more than a year since I last paid a visit to London based 4-piece Gaoler's Daughter. Since the release of "St Peter", the band have toured with Graham Coxon and We Are Scientists, as well as recording a live session with Tom Robinson.

Their newest single is due out at the end of this month. "When We Were Young" (not to be confused with The Killers track with a similar name) continues the band's tradition of releasing darkly tinged, yet infectious tracks with engaging guitar hooks, as singer John Sterry croons about unobtainable childhood dreams. The band have also released a music video to coincide with the release, with its cardboard stop-motion action tying in to the song's themes of kid-like naivety.

"When We Were Young" will be self-released on August 27th as a limited edition CD.


Posted by Christopher McBride at 14:53