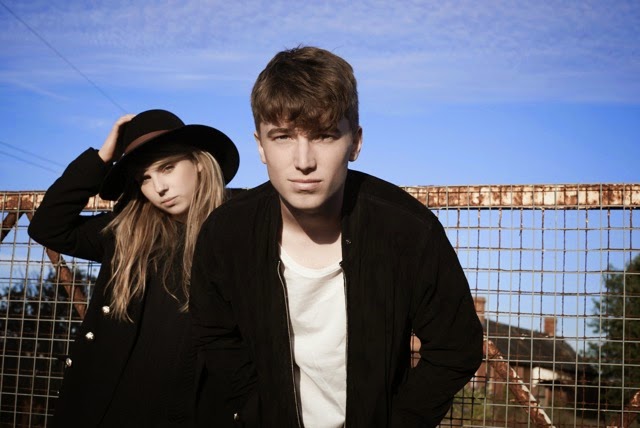 If there's one band from Northern Ireland who have had a magical 2014, it is the Belfast sibling duo Southern. They've signed a record deal, solidified their sound through the release of a fantastic E.P and single, and have been touring like crazy, building up a solid fanbase (including playing a homecoming gig this week in support of Jake Bugg in the Odyssey Arena).

We'll be getting a long-awaiting album from them in early 2015, but before that they've announced the release of a brand new single, "Cool Kid". It's a bit more pared back compared to their other lead tracks released this year, although that doesn't mean it's any less engaging. It's probably the best demonstration to date of how well they work together vocally - both Lucy & Thom's vocals blend into each other so effortlessly that it's as if a new voice entirely is coming through.

There's probably going to be a more radio-friendly single or two released before the album drops this year, but in terms of drawing a line under what they've achieved so far in 2014, whilst signalling what to expect from the band in 2015, "Cool Kid" does just the job. If they're not selling out decent sized venues UK-wide by this time next year, we will be very surprised indeed.

"Cool Kid" will be released on 24th November