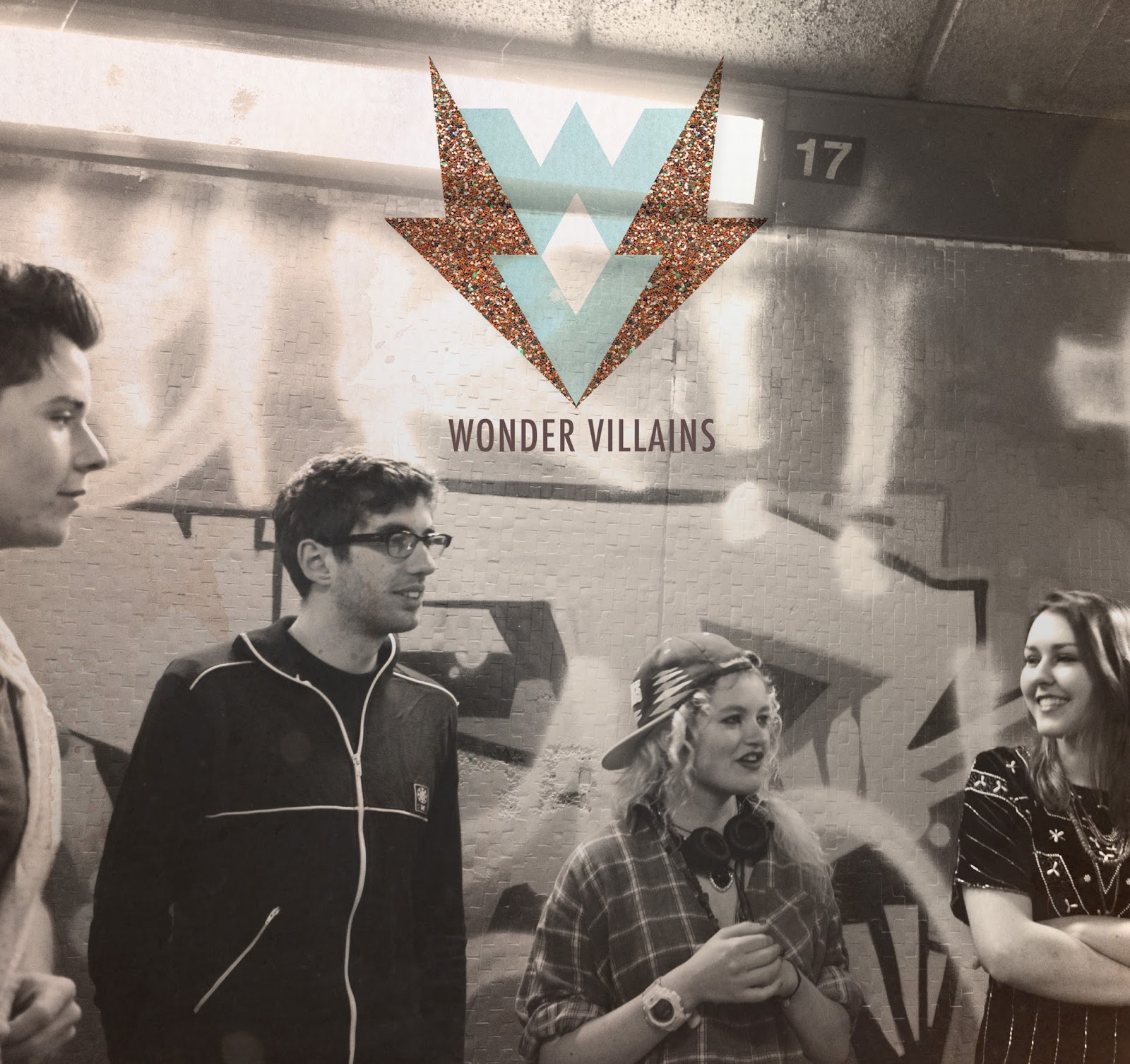 The moment that this blog has been waiting for since 2009 is nearly upon us - 2014 is going to be the year when Wonder Villains finally release their long-overdue debut album. This blog has probably written more about these guys than any other artist, local or otherwise, since it started in 2011, so to say that it is our most anticipated release of the year would be something of an understatement.

But as the old saying goes, "if you want to make an omelette, you've got to crack open a few eggs". And in this metaphor, the eggs are represented by the singles which will be released prior to the album's release (the omelette of this incredibly tenuous metaphor), the next one of which is "Marshall". Fans of Wonder Villains will be more than familiar with the track - it's been a key component of their live sets for several years, and was featured as a b-side of an earlier single release. It's been given a new coat of paint for this release, and it's sounded as fresh as ever. Taking its name from a character from How I Met Your Mother, "Marshall" is a fizzy, well constructed banger of a pop tune that doesn't outstay its welcome (141 seconds, which as Elastica demonstrated many moons ago, is more or less the ideal length for a pop song).

"Marshall" will be released on 24th March. Their debut album, "Rocky", will be released on June 23rd.
(Hey, that means that there could be time for one more pre-album single before it's release. I sincerely hope it's "Golden Five", it's been the highlight of their set for the past few months. Please, make it so - The Captain).


Posted by Christopher McBride at 19:08