We Are Aerials - We Are Chemicals 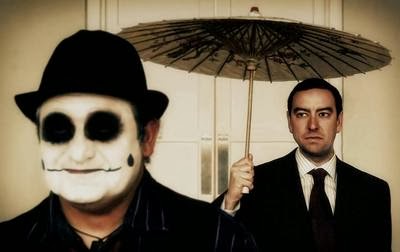 We Are Aerials is the new project of Derry man Conor McAteer and a cast of collaborators. Having already released two albums under his own name, the songs he has recorded under this new moniker have begun to receive quite a bit of attention locally in the run-up to the release of his new album. The one track that has received the most attention has been "We Are Chemicals", and when you listen to the song, you'll understand why. The song is a haunting yet emotional piano ballad that draws you in from the very first piano chord until the fade out, by which point you will just sit there in stunned silence, attempting to digest what you've just listened to. It's a real beauty of a track.

"We Are Chemicals" is taken from the album "Voeckler", which is out now. It will be launched on March 7th in Bennigans, Derry.


Photo is (C) Fearghal Bonner.
Posted by Christopher McBride at 20:06