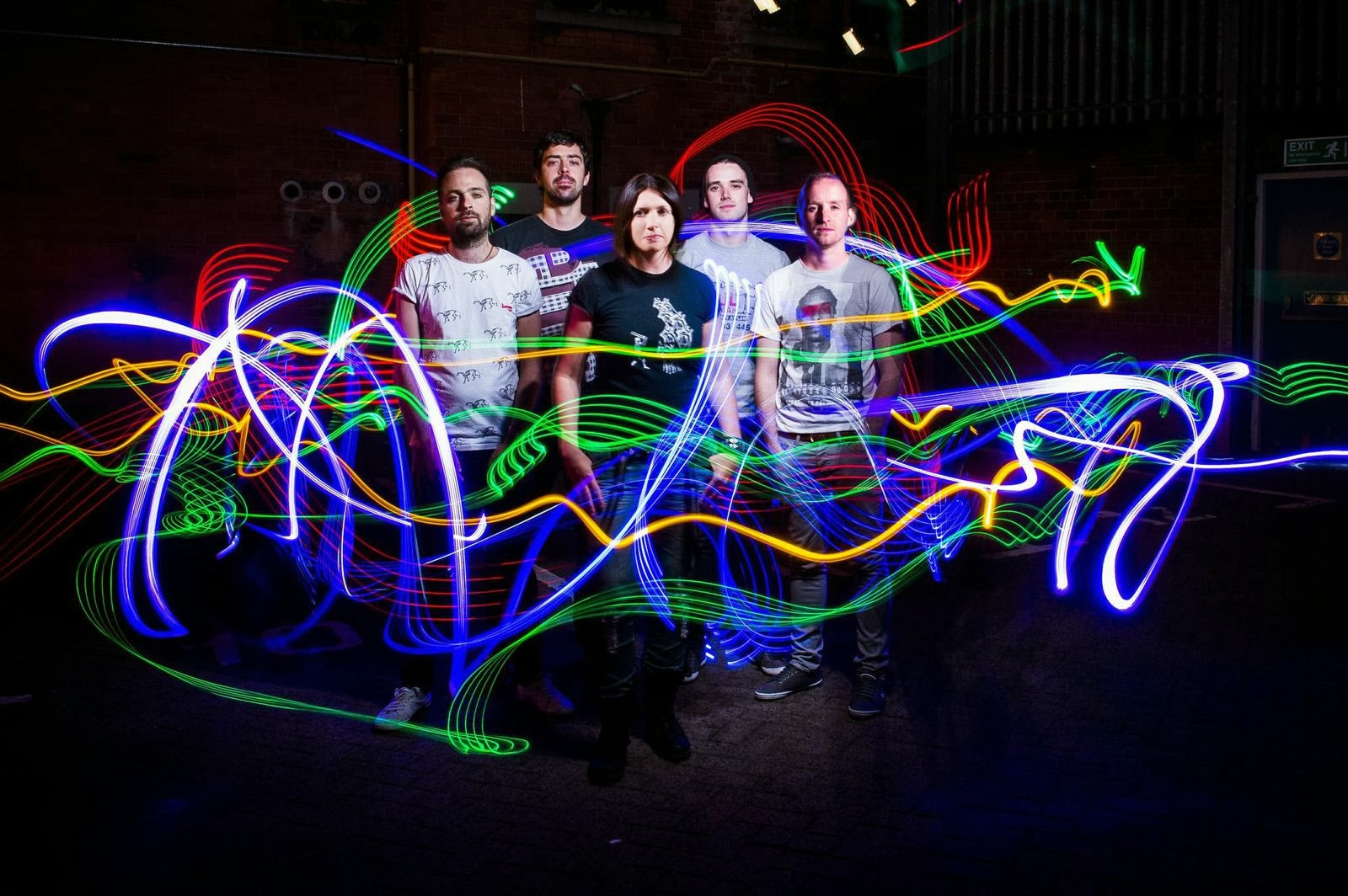 Belfast based 5-piece Go Swim have barely been quiet since they formed less than a year ago. In that short space of time, they've already put three decent singles under their belt, picked up a bit of radio airplay locally, and started to establish themselves as a reputable, reliable live act. In spite of this promising start, they still hadn't come across that illustrious breakthrough song, the one that will become an instant live favourite, and make everyone, even the doubters, stand up and really take notice of them.

Well, I say hadn't, because it looks like Go Swim have cracked it on their latest single, "Call Sign". The song has been described elsewhere as sounding like "Foals on drugs". Whilst one cannot condone the use of any illicit substances, you can understand where they're coming from. Go Swim appear to have taken their song "Inhaler" as a starting point for "Call Sign", before adding their own spin on it. Vocalists Steven and Julianne perform dual lead vocals, singing manic, alternating lyrics which both compliment and oppose each other at the same time, whilst the rhythm of the track changes from intense to danceable almost at the drop of a hat, without feeling jarring or out of place.

It's a pity that at just over the 4 1/2 minute mark, the song might not easily fit into normal radio rotation, but it should not take away from what should go on to be Go Swim's trademark track. Let's just see if things will continue to go swimmingly for the band.

"Call Sign" is available to download for free. A video for the song has also been released.


Photo of Go Swim is (C) Carrie Davenport.
Posted by Christopher McBride at 18:19