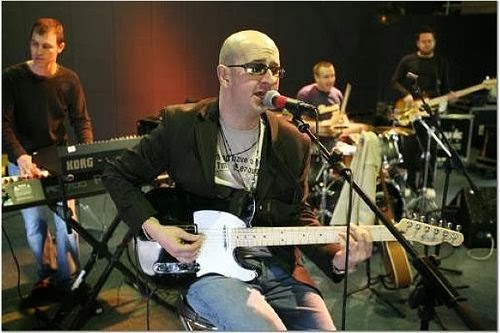 Don't we all love a great underdog story?

It's hard enough for new Irish acts who self-release their own material to get their music playlisted on Radio 2. But what about a band from Ireland who only had minor chart success in their home country in their prime, when you could make the top 30 with approximately 50 sales, never made the charts in the UK, and are releasing new music for over a decade? Nigh on impossible, right?

Well, don't tell that to recently reformed Dublin band PictureHouse. They were active in the late 90s/early 00s, with their highest charting single, "Everybody Loves My Girl", scaling the dizzy heights of #17 in the Irish Hit Parade. This week, the latest single from their most recent album, "Rules Of Science", found its way onto the playlist of Radio 2, the biggest radio station in the UK, seemingly against all odds. And listening to the song, it's not hard to hear why - it is perhaps the epitome of a Radio 2-friendly song. Had Take That released this piano-pop ditty when they reformed, it would have stayed lodged in the top 10 for weeks. Unfortunately, given how the singles charts skews towards songs that get airtime on Radio 1 rather than Radio 2, it is unlikely that PictureHouse will get their first UK chart hit. But who knows, its success could lead to the band reaching a new peak in their home country, and wouldn't that be a lovely surprise?

"Rules of Science" will be released on March 17th. It's taken from their album "Evolution", which is out now.

Posted by Christopher McBride at 19:10