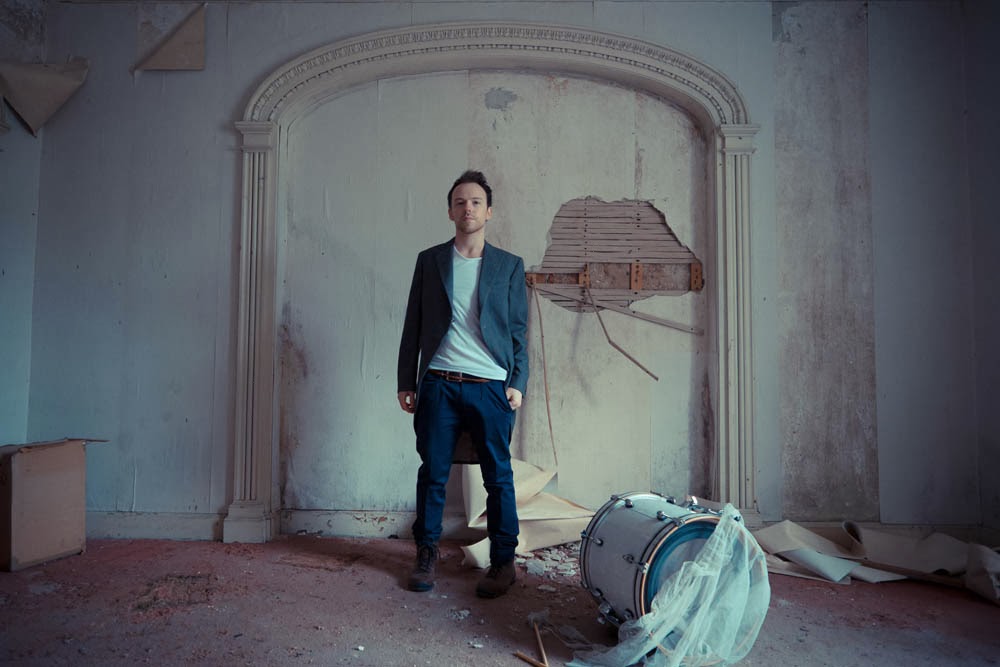 Over the past few weeks, this blog has had a steady stream of invites from bands and PRs inviting us to attend their showcase at this year's SXSW Festival in Austin, Texas. We're flattered to be asked, but unfortunately given that we're based on the other side of the Atlantic Ocean, we're very unlikely to be able to attend the festival this year. (However, I will be going to be at The Great Escape in Brighton, which is more or less the UK's equivalent of SXSW, so any bands who are going to be playing at that festival should feel free to badger me about it from now until May).

Thankfully, there's still going to be a Northern Irish presence from here at the SXSW Festival. Among the acts from here who are making the trip westwards is Rams' Pocket Radio, who after launching his debut album "Béton" last year will be playing at several events at the festival. In order to drum up awareness before the trip, he has promoted one of the songs from the album, "Love Is a Bitter Thing", to single status.

It's something of an odd choice, in that there are more accessible, hookier songs on the album that could do a great job of introducing his music to a new audience, like "Boats" or "Dogs Run In Packs" (although in fairness, the latter has already been released as a single - twice). "Love Is A Bitter Thing" is quite a stripped back track, both in terms of how it's been produced and in regard to the emotion on show. Hopefully it should help Mr McCauley to win over a few new fans, particularly those who lean towards music of the "heart on sleeve" variety.

"Love Is A Bitter Thing" will be released on 17th March. Rams' Pocket Radio will be playing at several dates at SXSW, including the Northern Irish party on 10th March and an SXSW Official Showcase gig at BD Rileys on 14th March.

Posted by Christopher McBride at 19:52