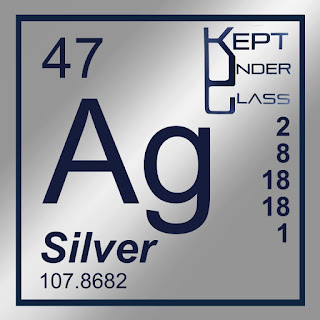 Carryduff based power trio Kept Under Glass first popped into my periphery vision back in January after been enamored by their debut single "I Don't Even Like Clubs", a spiky anti-ode to nights out. That single has seen pick up a bit of airplay on Radio Ulster as well as a few other stations. In order to keep up the momentum that "Clubs" has given them, the band have put out a new single in anticipation of a few Belfast gigs they're holding this month.

Unlike the distinctive punk style of their debut single, "Silver" sees the band entering more poppy territory. The song calls to mind the piano based tunes from American groups from the mid 00s like Train and Augustana, as well as having a chorus that wouldn't sound out of place on a Savage Garden song. If the music supervisors of One Tree Hill are looking for a tune to soundtrack the final scene of one of their episodes when one of their unrealistically attractive leading guy makes a dramatic emotional breakthrough and realises how much that he has matured, then they probably could do a whole lot worse that this track.

"Silver" is available as a free download, and will feature on the band's upcoming E.P, which is released on March 18th.

Posted by Christopher McBride at 12:37