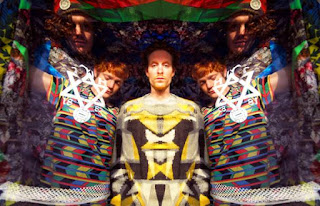 London based band/video arts group Beaty Heart describe their sound as either 'psychedelic drum pop' or 'funfair-punk'. A much more honest, accurate description would probably be 'a version of Animal Collective that is actually worth listening to.'

Their latest single, "Seafood", is a rhythm driven tune that features tropical-inspired percussion, an incredibly infectious whistled hook, and the ability to give a two-syllable word nine. The band have also released a video to coincide with the release, which features some imaginative, yet stomach-turning culinary compositions.

"Seafood" is released as a limited edition cassette on April 8th.


Posted by Christopher McBride at 21:29