A Plastic Rose - All You Know And Love Will Die 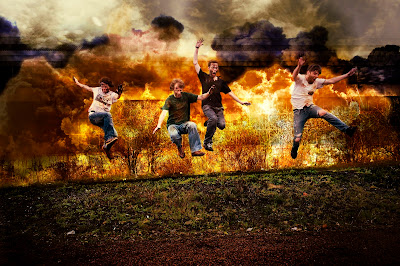 They've been favourites on the Belfast scene for many years, but in a few months alt-rockers A Plastic Rose will be relocating to England. They will be playing one last gig in Belfast as residents on 22nd April at The Speakeasy, with support from A Northern Light & The Late Twos before they traverse over the Irish Sea to their new base.

The band have also released the video for the first official single from their debut album "Camera.Shutter.Life", the cheerily titled "All You Know And Love Will Die", which acts as both a fitting swansong to the band's time in Belfast, as well as being a fitting introduction for those who may not have come across the band before now.

Posted by Christopher McBride at 23:44