This Many Boyfriends - (I Should Be A) Communist 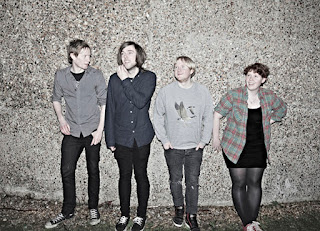 Leeds based funpop band This Many Boyfriends are gearing up to release their next single. "(I Should Be A) Communist", which has been produced by Ryan Jarman of The Cribs, is a re-recording of a song first featured on their "Getting a Life With... E.P", and shows the band as charming, spiky and endearing as ever. The music video for the song has also been released, which an hilarious exercise in hipster-bating. Lovely stuff as usual from the gang.

(I Should Be A) Communist by This Many Boyfriends will be released on May 21st on a groovy red 7".

Posted by Christopher McBride at 21:18

Email ThisBlogThis!Share to TwitterShare to FacebookShare to Pinterest
Labels: leeds, newcastle, Tips for 2012