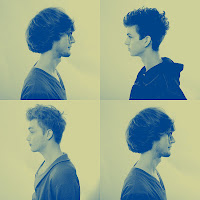 German based trio Paper & Places seem to know what buttons to press when it comes to crafting a fine indie-rock tune. On their track "To Berlin", which is available as a free download, their American singer Harrison McClary sings about young lust in the city that has inspired such musical creativity. It builds up from a hypnotic guitar riff into a fully fledged Bloc Party-esque track that seems destined to get crowds flailing wildly in trendy student's unions across the country.

The "To Berlin" E.P will be released on April 13th through AdP Records.

Posted by Christopher McBride at 23:47