Duke Special - Punch of a Friend 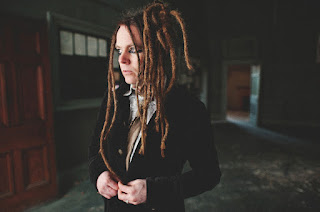 When I posted about Duke Special's cover of "You Spin Me Round" earlier this month, I was quite unprepared for the overwhelmingly positive response it got from visitors to the blog. People have called it an absolutely sublime song, complimenting both the radical re-interpretation of the song and Mr. Wilson's great voice (as well as his Belfast accent).

Yet one thing I heard from people who loved the cover was that they had never heard of Duke Special before hearing the song. This is rather unfortunate; although the Duke is very highly regarded within the Northern Irish music scene, it seems that further afield he doesn't seem to enjoy the same status. It seems that the unavoidable presence of "Freewheel" on Radio 2 around 2007 and the corresponding V2 released album, "Songs From the Deep Forest", seem to have been all but forgotten.

Thankfully the Duke is still bringing out fantastic new music. This week he released the first single from his upcoming album. "Punch of a Friend", which is available for the low, low cost of an email address, sees him dealing with hopeless romanticism in his own vaudeville-esque style. The song sees some exquisite woodwind added to the mix, as well as strings that wouldn't sound out of place in a Lee Hazlewood song.

"Punch of a Friend" will feature on Duke Special's upcoming album "Oh Pioneer", which is released on June 17th. He embarks on a UK wide tour in May, which features a concert with the Ulster Orchestra in the Ulster Hall, Belfast on May 12th.

Posted by Christopher McBride at 22:52