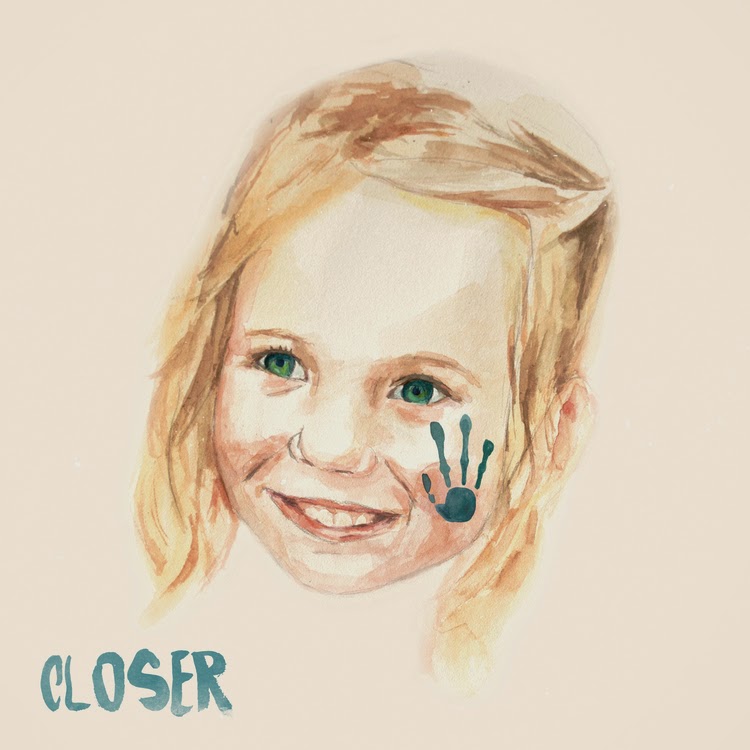 It's been a few months since we heard from The Jepettos, the Belfast 'lullaby-folk' group fronted by husband and wife duo Mike and Ruth Aicken, but it's fair to say that quite a lot of people have. After all, the band have somewhat unexpectedly, yet welcomely, become of the most popular local artists on Spotify. Two of their songs, including most recent single "Orchard", have racked up over a million streams on the service, whilst at least six others are current north of 100,000. Given the royalty rates Spotify offers, that's probably only earned them enough to buy a packet of Fruit Pastilles, but it's great to see them picking up such a massive audience.

And that audience is only going to grow further, with the release of their new E.P, "Closer". The E.P contains four tracks that the band wrote for a play developed by the Re:Play Theatre Company for children with PMLD. The first track, "Shimmer", harks back to the sound of the song that first brought The Jepettos to our attention all those years ago, "Goldrush". Next up is "Meet The Aliens", a hand clap dominated song that sees Ruth joined on vocals by a children's choir, which reminds us a little bit of "Raconte-Moi Une Histoire" by M83 in some places.

Up next is the endearingly sweet sounds of  "The Mission", a song that contains one of my favourite chord sequences ever. The band finish with a bang in the form of "Shooting Stars & Fireworks", a song that is about as raucous as a band like The Jepettos are ever going to get.  The song is like a more playful, ukelele led younger cousin of the sort of track that might have appeared on the last Elbow record.

"Closer" is an absolutely lovely E.P from start to finish - it's like an aural comfort blanket. Although the songs have been written for a younger audience, there is enough sweetness and gorgeousness on the E.P to charm anybody of any age.

The "Closer" E.P is available to buy now.